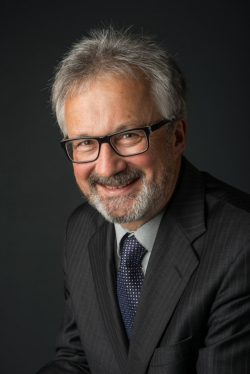 
Geoff Meggs resigned his Vancouver city council seat in July 2017 to become chief of staff to newly-elected NDP Premier John Horgan. His subsequent book, Strange New Country (Harbour 2018), recounts the great salmon strikes on the Fraser River in 1900 and 1901. These strikes were pivotal in the growth of British Columbia.

Geoff Meggs, born in 1951, became editor in 1978 of the UFAWU's The Fisherman, the oldest and largest circulation west coast fishing publication. His Salmon: The Decline of the British Columbia Fishery reveals how the drive for short-term profit has proven ruinous for a threatened industry. It received a Lieutenant-Governor's Medal for B.C. history. (A more optimistic view is held by Seattle's John F. Roos in Restoring Fraser River Salmon, a 438-page history of the International Pacific Salmon Fisheries Commission from 1937-1985, available from Soules Distributing.) In 1990 Meggs became communications director for the Hospital Employees Union. He subsequently published Cork Lines and Canning Lines: The Glory Years of Fishing on the West Coast (Douglas & McIntyre, 1992), co-authored with Duncan Stacey.

Geoff Meggs has been a Vancouver city councillor, communications director to premier Glen Clark and executive assistant to Vancouver mayor Larry Campbell. As a journalist, he edited The Fisherman and wrote Salmon: The Decline of the British Columbia Fishery (D&M, 1991), which won the Lieutenant Governor's Medal for Historical Writing, and Cork Lines and Canning Lines: The Glory Years of Fishing on the West Coast, with Duncan Stacey (D&M, 1992).

A critical view of Dave Barrett's years as a provincial premier was first presented by Kavic and Nixon in The 1200 Days: A Shattered Dream, published in 1978. It wasn't until Geoff Meggs and veteran journalist Rod Mickleburgh published The Art of the Impossible (Harbour 2012) that a supportive summary was provided as a counterpoint. It serves as the definitive book on that political era, in tandem with Dave Barrett's autobiography, Barrett, A Passionate Political Life (Douglas & McIntyre, 1995), that was co-written with William Miller. The Meggs/Mickelburgh collaboration won the 2013 Hubert Evans Non-Fiction Prize.

Review of the author's work by BC Studies:
The Art of the Impossible: Dave Barrett and the NDP in Power, 1972-1975

Review of the author's work by BC Studies:
Cork Lines and Canning Lines: The Glory Years of Fishing on the West Coast

Strange New Country: The Fraser River Salmon Strikes of 1900 and the Birth of Modern British Columbia by Geoff Meggs (Harbour $22.95) 2018

Once upon a not-so-distant time, when the Fraser River Canners Association fixed the maximum price per salmon at 15 cents, fishermen united and shut down British Columbia's second-largest export industry. The government called out the militia. That strike was a watershed moment in the province's industrial history at the outset of the 20th century.

With Dave Barrett's NDP election victory in 1972, the electorate was deeply and passionately divided.
Progressives predicted that the era of conservative, corporate-friendly politics, long the hallmark of British Columbia government, would give way to modernizing social democratic politics, putting British Columbia into the forefront of social reform.

Those of a more conservative bent, supported by much of the media, believed that disaster was ahead, and that the socialist hordes committed to class warfare would destroy sacred institutions and ravish the economy in short order.

So it was a polarized time, not unlike many places in the world today, including our neighbour to the south. Polarization and the challenges it created is just one of the themes underlying The Art of the Impossible by veteran reporter Rod Mickleburgh and journalist-turned-city councillor Geoff Meggs. Together they have fashioned an informative and delightful telling of what actually happened during one of the most eventful periods in British Columbia's political history.

The Art of the Impossible is based on detailed research into what was said and done by many of the key actors. As a result, its telling has a deeply human dimension that is often lacking in histories of this sort. The authors pull back the usually-drawn curtains and closed doors of the legislative building offices and meeting rooms, permitting us virtually to see and hear what is happening, largely as told by those who were there. The book is jam-packed with tales of the manoeuvrings, missteps and political adventures of the many larger-than-life characters that made up the NDP cabinet, the caucus and other organizations of the time-none more colourful than the Premier himself.

Dave Barrett was, we are told, a reporter's dream. "Are we here for a long time?"; he famously asked his colleagues, "or a good time?"; clearly implying he leaned to the latter. He loved headlines. And he was notoriously irreverent.

Even media types were not immune to Barrett's take-no-prisoners politics and ungovernable tongue. When a prominent female columnist pestered him about an ill-advised attempt to personally direct the supposedly independent Egg Marketing Board (affording special treatment to a farmer he thought had been wronged), the premier railed at her, "F- you. F- you, you venomous bitch.";

This is a hard book to put down.
The government was no sooner elected than it embarked on a dizzying and hyperactive agenda seemingly intent on fixing all of the accumulated ills of society in a single term of office. The press called it "legislation by thunderbolt."; A barrage of early new initiatives, many of which appeared to have caught the caucus and even some of the cabinet by surprise when announced, included:

â?˘ oil and gas price regulation
â?˘ new mineral royalties
â?˘ public auto insurance
â?˘ a freeze on the rezoning of agricultural land
â?˘ creation of a new Agricultural Land Reserve
â?˘ a new petroleum Crown Corporation with a monopoly over the purchase of all oil and gas produced
â?˘ a minimum income plan for seniors
â?˘ a condemnation of oil tankers off the coast
â?˘ a ban on corporal punishment in schools
â?˘ the purchase of the Ocean Falls pulp mill and community
â?˘ the purchase of a major pulp and lumber company
â?˘ the imposition and then retraction of a hilariously misconceived daylight savings plan for the whole province

A reporter calculated that Barrett committed to forty-two new policies during his first forty-five days as premier and, during the first session of the legislature, enacted ninety-six bills. That torrid pace continued in the ensuing years. Nothing seemed beyond the reach of the new crowd in Victoria.

It was a cabinet of large egos and big ideas. Many of the biggest and best initiatives were poorly planned and badly-handled. Even the great enduring successes like the Agricultural Land Reserve and the Insurance Corporation of British Columbia involved potentially career-ending fumbles by ministers. To the credit of the authors, they report faithfully the good, the bad and the ugly, as well as the successes.

The notorious and politically damaging overspending of the re-formed welfare budget is fairly presented regardless of the obvious respect Mickleburgh and Meggs have for the minister, Norman Levy. Indeed, all the attempts at policy change are told with a keen eye for both the frequent creativity of ministers and the screw-ups that seem to have plagued most everything the government touched.

It is fairly clear that some ministers are held in much higher regard than others. Labour minister Bill King and Minister of Resources and Environment Bob Williams come through relatively unscathed and enjoy obvious special respect. Ministers who come through as less than stellar include Education Minister and Deputy Premier Eileen Dailly and, somewhat surprisingly, Agriculture Minister and, towards the end, Finance Minister, David Stupich, who accomplished a lot and was widely respected by his fellow ministers across the country for his record in agriculture.

The authors say little about the performance of Barrett as his own minister of finance, perhaps because his foibles as premier overshadowed anything he did in the finance portfolio.

Among the many travails of the Barrett government, this book provides especially valuable insights into two that one would expect an NDP government to handle with ease. One was a frayed and eventually poisoned relationship with organized labour. The other was the deep anger of the expanding women's movement. Both felt that Barrett never understood their needs and their special place in the NDP universe.
From this book, it is pretty clear that labour's expectations were unrealistic and ill-judged. Modest but effective amendments to the labour code disappointed labour. Things really came apart with back-to-work legislation and price controls in 1975. The authors make the case that back-to-work legislation was realistic and price controls were inevitable given the economic conditions of the time. Labour refused to understand the impossible position the government was in.

The case of the women's movement is different. It is hard not to conclude that Barrett at best had a tin ear and more probably had a deep antipathy to the demands of feminists seeking equality for women. The women's movement was justifiably alienated by his and his government's views. He just didn't get it.

A question long posed by observers of British Columbia politics is "what kind of government did Barrett actually provide?";

Was it a radical left government intent on altering the fundamental social and economic order, as many in the business sector claimed then and continue to claim today?

Or was it essentially a populist, reformist government faced with the necessary but almost impossible task of modernizing, in short order, a province that had fallen badly behind, as many of the New Democrat faithful claimed then and claim now?

Or was it simply a quixotic, incoherent band of political adventurers, with generally good intentions, thrown into government unprepared and unequipped to create and manage a well-considered agenda, only accidentally having done some good and enduring things, as some political analysts suggest?

If you are searching for an answer as to which it is, you will not find it here. But if you want a lively, readable, somewhat detailed, but very human story about a remarkable time in British Columbia politics, this book is highly recommended. 978-1550175790

Review by Doug McArthur, professor in the School of Public Policy at Simon Fraser University. He is a former deputy minister to Premiers Mike Harcourt and Glen Clark.