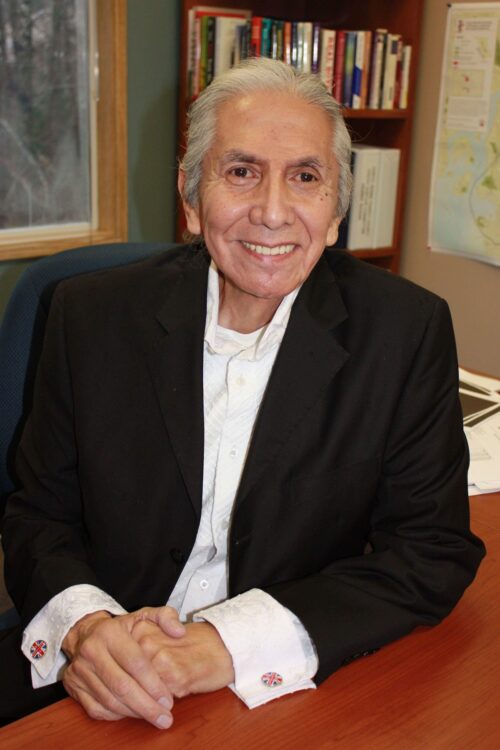 Alternative Realities: The Paranormal, the Mystic and the Transcendent in Human Experience (1995) has been described as "an encyclopedia of unusual experiences, both spontaneous and sought." Its topics include Apparitions, Ghost Rockets, Burial Alive, Possession, Old Hag Experience, Incubus Nightmare, Devil's Jelly, Will-o'-the-Wisp, Zombification, Meditation, the "phantom limb" phenomenon (the tendency for amputees to sense a non-existent limb) and UFO abduction experiences. In the Acknowledgments section, George thanked Dr. Richard Noll of Harvard University for introducing him to "Dixie Blackened Voodoo beer." He subsequently included information on materials that induce an unusual state of awareness, such as peyote.

Crimes of Perception: An Encyclopedia of Heresies and Heretics (1995) is "a compendium of those who held unorthodox views of reality, and, as often as not, ended up roasting on a stake or swinging from a rope." Topics include Gnosticism, Isochrists, Savonarola, Arius, Cathars, Free Spirits, Joan of Arc, Bruno, Rasputin, Paracelsus, Abulafia, Alistair Crowley, Mormons, Eckhart, Great Witch Hunt, Alchemy, Kabbalah, Key of Solomon and Jesus Christ. George argued that Heresy fulfills "several crucial roles: as resources, mirrors and decoys." "If one's certainties no longer work," he wrote, "one may be forced to consider possibilities that one used to think were crazy." The entries on heresy include the Spanish Inquisition, Doukhobors and Satanism.

After many years as a spiritual philosopher having succeeded his father as an elected chief of the Tsleil-Waututh First Nation ("people of the inlet") in Burrard Inlet, George publicaly confessed to severe problems with substance abuse and expressed a newfound determination to adopt a healthier lifestyle. Also a traditional singer and dancer, Leonard George served for seven years as executive director of the Vancouver Aboriginal Centre.

Alternative Realities: The Paranormal, the Mystic and the Transcendent in Human Experience (New York: Facts on File, 1995)