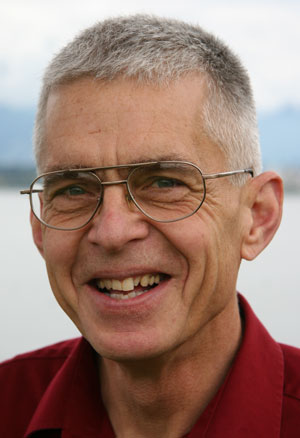 It took Gerard over six years of research to compile the Fathers anthology. He had the idea for the book about twenty years ago. As an ESL teacher in Vancouver, he found himself tutoring 'astronaut kids'-children with fathers half-a-world away-and many of these children had father issues. Gerard suggests Fathers could be used as a manual for all children trying to understand and improve their relationship with their father. "After reading Fathers,"; he says, "you will re-evaluate and value your father as you have never done before.";

The stature of the authors included, and the size of the anthology, are no less remarkable than the originality of the scope. Gerard coins a new term-patremoir-to describe the genre he has seemingly discovered and claimed, and he makes the case that Edmond Gosse, a late Victorian pundit whom Evelyn Waugh once described as "the bloodiest little old man I have ever seen,"; is the father of the patremoir. "Once you start dipping into Fathers,"; says Gerard, who is still seeking a distributor, "you will want to trumpet this word throughout the libraries of the world.";

This is a superb and ambitious undertaking-another indication of what can be accomplished these days by one highly motivated person. Compiling Fathers was an expensive undertaking. Copyrights alone cost over $35,000. To save costs, Gerard translated the Kafka essay himself. "Virginia Woolf should have died four months earlier,"; he jokes. "It would have saved me three thousand dollars.";

Gerard hopes Fathers will help fathers young and fathers old to improve themselves. Ultimately, though, the 24 essays and 25 poems in this collection stand as a rich affirmation of Anne Sexton's claim that, "It doesn't matter who my father was, it matters who I remember he was.";