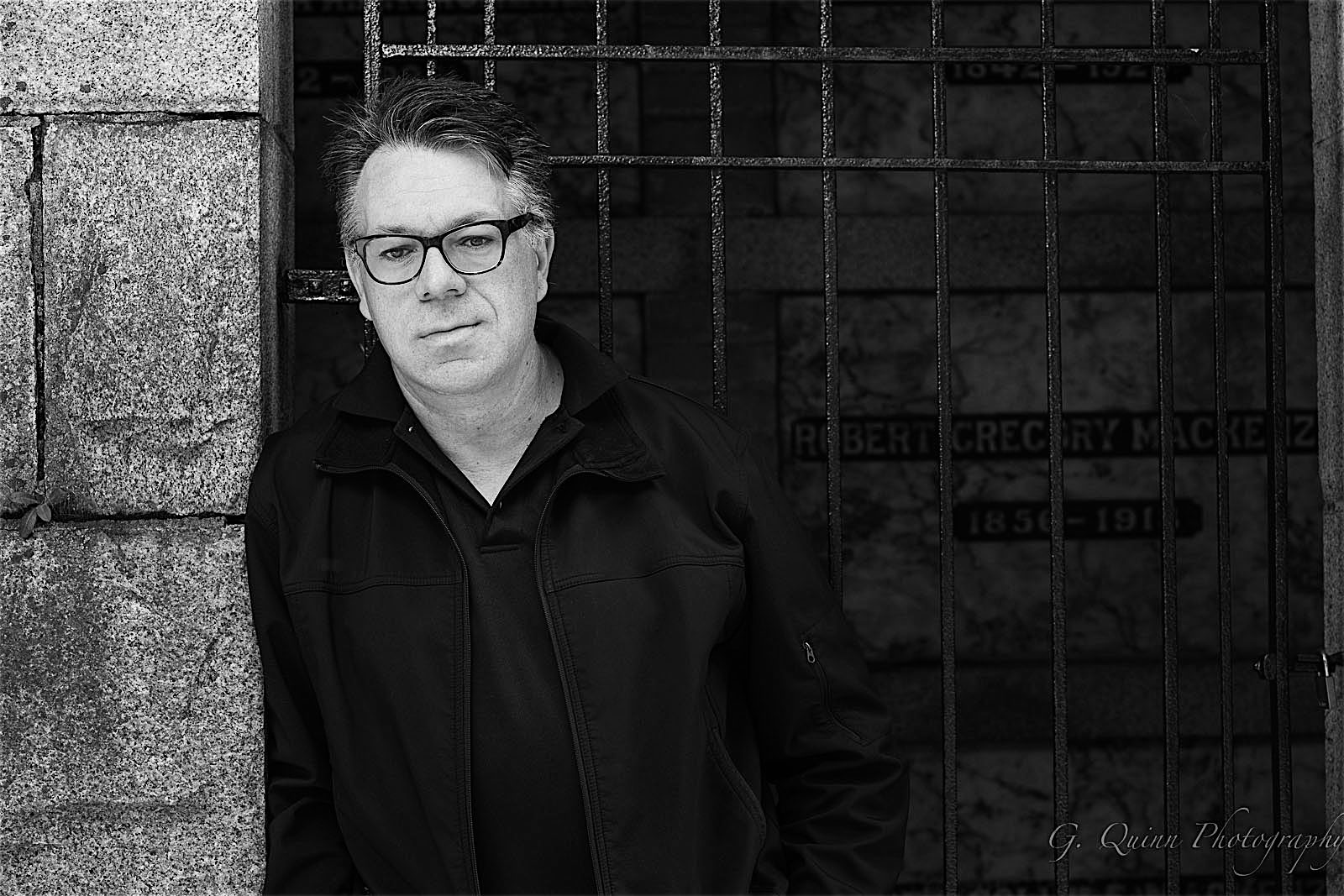 The standard general histories of the Victoria, all by “amateur” popular historians, are now almost half a century old. These are:

With the release of Ian Gibbs' book, it is now fair to say that more recent energy has gone into telling Victoria’s ephemeral ghost stories than digging into the fascinating brick-and-mortar history of the Garden City.

“We in Victoria,” notes reviewer Peter Grant, “are blessed also with a plentitude of writing about ghosts.”

Victoria is blessed, if that is the word, with an abundance of ghosts. Why that should be so is suggested in this book, the literary debut of the “Ghostly Walks” guide Ian Gibbs. Gibbs leads ghost lovers around Victoria’s haunted places under the auspices of John Adams’s Discover the Past Tours.

The focus of such hauntings has been the city’s venerable Ross Bay Cemetery, a fixture for the city’s dead since 1873.

Together Gibbs and Adams – who provided a foreword to this book -- contribute to the capital city’s far from ephemeral ghostly genre.

Caveat emptor: this is no guidebook, albeit Victoria’s 29 haunted sites are grouped by geography, giving the publication the shape of a guidebook. There’s hardly an address, either virtual or brick-and-mortar, to be found; not a single map or directory. Indeed, the author is careful to obscure the locales of private residences.

The stories collected here make an enjoyable evening’s read, and one can easily imagine their impact when presented in a dramatic monologue to a live audience on one of Gibbs’s tours. Thrilling. Chilling. Creepy. Prefaced by the Willing Suspension of Disbelief.

We go on such tours and read such books for titillation, don’t we? The author claims as much when he writes, “The stories are meant to entertain, and neither the publisher nor the author claim that these stories represent fact.”

Gibbs cites several local conditions that make for apparitions. One is geological: “Victoria was built on a type of bedrock called basalt, which is believed to hold onto energy longer than other types of bedrock.” The city’s saltwater surroundings, moreover, “both attract and trap energy.”

Another factor encouraging spiritual manifestations is geomagnetic: the presence of ley lines -- “lines of strong energy under the earth’s surface,” in the words of Adams’ foreword. Victoria has, Gibbs claims, “an uncanny number of intersecting ley lines all over the inner harbour/downtown area.”

There’s also the sheer weight of local history, stretching back millennia. As local white witch Jean Kozocari explained to me once, “Every square foot is drenched in blood.”

This collection of stories is mostly narratives of the author’s own encounters with emanations from beyond the grave. “I have what I like to refer to as ‘spidey sense,’” Gibbs writes. “I’ve always been able to pick up on things going on in a place spiritually.”
Spidey is a neologism from the Spiderman superhero comic book and movie franchise, as I discovered not in the book but in a good old Google search. It means “a vague but strong sense that something is wrong.”

In Victoria’s Most Haunted, the creeps are amplified with atmospheric day-for-night black-and-white photos of the 29 ghosty places Gibbs visits.

Anyone writing a book of ghost stories, whether based on spidey or something more overt or exploitative, is but the latest entrant to a crowded field. We in Victoria are blessed also with a plenitude of writing about ghosts -- though Gibbs, rather than drawing on the wealth of local ghost lore, keeps his sources to himself and scarcely even acknowledges the body of local ghost literature.

To me the literature of haunting forms a spectrum: at one end is recreational titillation, the ostensive purpose of this book, while at the other pole is the more serious, one might say scholarly, purpose of explaining, contextualizing and, yes, history-writing.

How does Gibbs’s book compare with its kin? Victoria’s Most Haunted is in the middle of the spectrum, I’d say. It wants to be both hair-raising and expository.

There’s a problem, to my thinking, that is rooted in the local ghosty lore: on closer inspection most of the abundant material melts into ether. There’s seldom an apparition. If there are sounds, they’re never a ghost hissing about “in the porches of my ears did pour,” like murdered Old King Hamlet – or, like Jacob Marley admonishing miserly Scrooge, his partner in life, that “charity, mercy, forbearance, and benevolence” were their true business.
And never, like Cathy’s ghost appearing at the narrator’s bedroom window at Wuthering Heights, sobbing “in a most melancholy voice … ‘Let me in -- let me in.’”

Such fictional inventions had the power (at one time) to raise the hair on the back of my neck. No, in Victoria the Spidey Ones get feelings of unrest, and that’s all there is to it. Sometimes a depression, suicidal on occasion, creeps over them. If there are sounds, they typically come from another room or an approaching elevator -- that one, in the chapter on the Young Building at Camosun College, certainly gave me a frisson, as did the basement lights turning off one by one in a janitor’s presence. No, wait a minute -- I’ve seen that device in a Vincent Price movie or three.

The all-too-familiar ring of some ghost stories raises another issue. Is it possible that some of the accounts Gibbs passes on, uncritically, come not from someone’s personal recollection but from the cultural storehouse we all inhabit in this age of infinitely repeatable digital productions? I readily confess to being a sceptic, having hardly a psychic bone in my body.

That said, on the scale of titillation I’d rate Gibbs’s book a medium. I couldn’t relate viscerally to more than a couple of the stories. I found way more scary the account in Charles Lillard’s and Robin Skelton’s 1995 chapbook, The April Ghost of the Victoria Golf Links (for a full list of Victoria ghost writing see the compilation below).

Now it happens that many were the nights I have myself gone walking on the Oak Bay golf links, down by the water, sometimes in April. Thanks to that little April Ghost book I sometimes had creepy-scary hair-standing-up sensations out there.

Maybe all I am saying here is that I do, after all, have a few bona fides on the subject, but no direct experience of the uncanny. That makes me the worst kind of person to write a review about a book of ghost stories … or the best.

If the ghost of the murdered woman had really appeared -- in the distance in a white dress, as some reported, then whoosh! came toward me, as someone claimed, at a terrible speed -- well, I’d probably have had a heart attack.

Articles: 1 Article for this author
Ghostly Victoria
A reading list


A Bibliography of Scary Victoria compiled by Peter Grant: