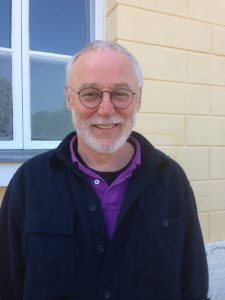 
John Gilmore was born in Montreal in 1951, to parents from western Canada. After completing a college diploma in Montreal, he moved to Wales where he apprenticed as a journalist at The Glamorgan Gazette newspaper from 1974-76. Returning to Montreal, he worked as a newsroom editor at The Montreal Gazette (1977-78) and later at The Canadian Press news agency (1984) and Radio Canada International (1986-91). He holds a Bachelor of Fine Arts degree from Concordia University and a RSA/Cambridge Certificate in the Teaching of English as a Foreign Language to Adults.

Gilmore's early work as a writer was in journalism and nonfiction. His primary research into Canadian jazz history was published in two books, Swinging in Paradise: The Story of Jazz in Montreal (also available in French as Une histoire du jazz à Montréal) and Who's Who of Jazz in Montreal: Ragtime to 1970. His jazz history research materials are collected at Concordia University Archives.

Gilmore has also worked widely as a freelance editor, for trade and academic publishing, and for the federal government. For three years he was the staff copy editor for the journal Social Problems.

Gilmore moved to western Canada in 1991, where he worked first as an editor at The Banff Centre for the Arts and then as a music programmer at CBC Radio in Calgary.

In 1996, after training and working as an English language teacher at International House, in Hastings, England, he settled in Vancouver. He taught ESL at the University of British Columbia (1996-97) and Vancouver Community College (1997-2003). Gilmore now writes mainly fiction, while continuing to work freelance as an editor.

John Gilmore's novel, Head of a Man, published in the UK in 2011, was written in Victoria, Sooke, Pender Island, and Galiano Island, as well as during return visits to Montreal. When it was published, he was dividing his time between Canada and Europe.

John Gilmore provided the English translation for 8:17 pm, rue Darling (Guernica 2014), a first novel by Quebec film-maker Bernard émond that served as the basis of émond's second feature film. Trained as an anthropologist, émond has written and directed six feature films since 2000, several of which have been selected for Cannes and other festivals. The film and book recount how and why the life of an alcoholic, former crime reporter named Gérard is mysteriously spared because he delays his return to his apartment one night by stopping to tie his shoelace, thereby avoiding a tragic fire that consumes his apartment building, resulting in the death of six neighbours and the inexplicable disappearance of others. Why was his life spared? Gilmore also translated Anarchy Explained to my Father by Quebec political scientist and activist Francis Dupuis-Déri and his father Thomas Déri, published by New Star Books in 2017.


Thirteen years in the making and described as a hybrid novel , John Gilmore's self-published The Broken Notebooks (Ellipse Editions 2018) merges fact and fiction, prose and poetry, interviews and readings that include Robert Bringhurst's derivations from the works of Haida storytellers.The protagonist searches for insights into the prehistoric marble carvings known as the Cycladic figurines--female figures with folded arms and blank faces that have inspired painters such as Picasso and Modigliani. During a research trip to Greece in 2005, GIlmore tramped around remote hillsides on the Cyclades looking for looted prehistoric cemeteries where figurines were buried with the dead. 9780986786624 $28.50