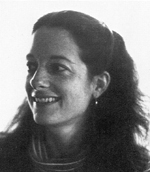 
Born in Chicago in 1942, Ellen Godfrey of Victoria co-founded Press Porcepic (later called Beach Holme Publishers) with her husband David Godfrey. In 1979 she was president of Softwords Ltd. Her Toronto-based murder mysteries The Case of the Cold Murderer and Murder Among the Well-to-do feature amateur sleuth Rebecca Rosenthal, in her 70s. Murder Behind Closed Doors is set in a modern computer consulting firm. Another Godfrey novel is Georgia Disappeared (Penguin, 1992). Her coverage of the Swiss trial of a UBC professor named Cyril Belshaw, a renowned anthropologist who was accused of murdering his wife in Switzerland, and leaving her body in a ravine, By Reason of Doubt (Clarke, Irwin, 1981), won her an Edgar Allan Poe Mystery Writers of America special award for true crime.