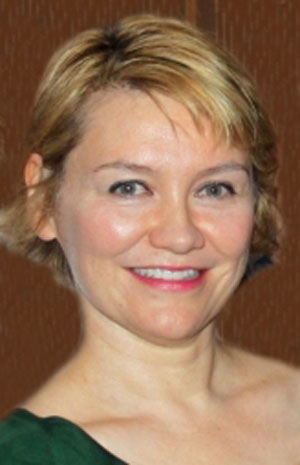 
Former Vancouver Sun journalist Kerry Gold, a frequent contributor to the Globe and Mail, co-wrote Michael Bublé's memoir Onstage, Onstage (2011) and has been credited with a corporate history of White Spot for the Toigo family, The White Spot Cookbook (Figure 1 2013), packaged for White Spot by an offshoot of Douglas & McIntyre to mark the 85th year of operations for the restaurant chain started by Nat Bailey. White Spot has been dubbed Canada's longest-running restaurant chain. $24.95 978-0-9918588-7-3

Between 2004 and 2015, more than 10,000 demolition permits were issued for residential buildings in the city of Vancouver. As of 2015, an average of three houses a day were being torn down, many of them original homes built for the middle and working class in the 1920s, '30s and '40s. Very few are deemed significant enough to merit heritage protection, but Caroline Adderson and other Vancouver writers believed the demoliton of these dwellings amounted to an architectural loss. She therefore spearheaded Vancouver Vanishes: Narratives of Demolition and Revival (Anvil 2015), co-authored with John Atkin, Kerry Gold, Evelyn Lau, Eve Lazarus, John Mackie, Elise & Stephen Partridge and Bren Simmers. The introduction is by heritage artist and activist Michael Kluckner--who has published a book called Vanishing Vancouver--and photographs are by Tracey Ayton and Adderson.


Chronicling its evolution from a single drive-in location in 1928 to a modern family restaurant with locations in B.C., Alberta and Asia, the fully-illustrated book brings White Spot into family kitchens with recipes for classic dishes like Chicken Pot Pie and Fish & Chips, as well as contemporary feature entrées like Salmon, Prawn & Scallop Risotto - all tailored for the home cook.

"The White Spot Cookbook is a tribute to our long-time guests and loyal staff, and the countless memories we've made together,"; said White Spot President Warren Erhart. "You'll find new twists on classic menu items, and contemporary dishes that may surprise you.";

Until December 31st, partial proceeds from every book sold at White Spot Restaurants will benefit Variety - The Children's Charity.

"We are thrilled to be celebrating with White Spot, and grateful for their long-standing support for Variety - The Children's Charity,"; said Bernice Scholten, Variety's executive director. "White Spot's role in the community over the decades, and its support for Variety has had a significant impact, and ensures that children in B.C. who have special needs, and their families, receive much-needed support.";


White Spot Highlights: By The Decade

1920s Young, baseball-loving entrepreneur Nat Bailey follows his passion for the restaurant business and launches what would become the first official White Spot restaurant, and Canada's first drive-in restaurant, at 67th and Granville in Vancouver.

Headquartered in Vancouver, British Columbia, White Spot is Canada's longest-running restaurant chain, celebrating their 85th year. Founded in 1928, when Nat Bailey launched Canada's first drive-in restaurant at Granville and 67th, the 85-year-young chain now sees more than 17 million guests annually at 127 White Spot and Triple O's locations throughout B.C., Alberta and Asia. Bailey's original vision was to build a restaurant that served the highest quality, unique tasting food and White Spot remains committed to continuing this tradition in each and every meal. White Spot Limited is proud to be recognized as one of Canada's 50 Best Managed Companies for the past three consecutive years.