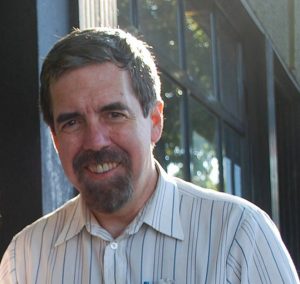 
Sheldon Goldfarb, a long-time archivist of UBC's Alma Mater Society, holds multiple degrees, including a master's in Archival Studies and an MA and PhD in English.

Sheldon Goldfarb's first novel Remember, Remember (2005) was shortlisted for an Arthur Ellis award in the category of best Canadian juvenile mystery novel for 2005. It is a murder mystery for young adults set in Victorian Manchester. Books In Canada reviewer M. Wayne Cunningham wrote, "... Sheldon Goldfarb's doctorate in Victorian literature, his life-long interest in history and his previous publications on William Makepeace Thackeray have served him extremely well for his debut young adult historical mystery novel, Remember, Remember. His story is an intriguingly entertaining mix of blackmail, murder, and youthful romance, shot through with large dollops of tension and suspense, and set in an age in England when the East India Co. was still an economic force to be reckoned with, the Darwin-Huxley debates over evolution were to be listened to, aggressive young women shouldering their way into the workforce as typing machine operators were to be wondered about, and public boarding school lads like 14-year-old Aleister Lister Smith were to be reprimanded for secretly reading *The Count of Monte Cristo*, or even worse, for participating in Guy Fawkes Day celebrations. A shy but engagingly bright young fellow, Aleister ... gets the shock of his life when he is removed from the security of his Latin and Greek studies in his Shrewsbury school and put to work as an undercover apprentice clerk and pretend nephew for Mr. Arthur Talbot, 'a big brown bear' of a man and an insurance agent who is being threatened with blackmail at his firm in Manchester..."

Founded in 1915, UBC Vancouver is one of Canada's largest campuses, with a total enrollment of 54,000 and an alumni of over 318,000 in 150 countries. Student leaders on campus have included Pierre Berton, John Turner, Kim Campbell, Alan Fotheringham and Stan Persky. Sheldon Golfarb's 304-page large-format book, The Hundred-Year Trek: A History of Student Life at UBC (Heritage $32.95), is an overview of student government and activism at UBC from 1915 to the present. "I deal with major events like the wars and the Depression,"; says Goldfarb, an archivist with the Alma Mater Society for over twenty years, "and of course the Great Trek of 1922 to get the government to pay for a new campus. But mostly I'm trying to get at the flavour of things, from the hazings (including electrocutions) of the early days to the struggle between punk and disco in the seventies to the Storm the Wall competition and the debates over whether the student society should be a vehicle for protest or a provider of services.";

Sheldon Goldfarb grew up in Montreal and attended McGill University, where he worked for the McGill Daily student newspaper and obtained a bachelor of arts in history in 1975. After a year studying at the University of Manchester in England, he returned to Canada, worked briefly in the publishing industry in Toronto while writing novels that could find no home, then returned to academia, obtaining graduate degrees in English from the University of Manitoba (1985) and the University of British Columbia (1992). In the academic world, he specialized in Victorian literature, especially the works of the novelist William Makepeace Thackeray, on whom he published two books. In the mid-1990s he left the UBC English Department to take a degree in archival studies, which led to a position running the archives at the UBC Alma Mater Society.

EMPLOYMENT OTHER THAN WRITING: formerly taught English at UBC, currently the archivist and researcher for the UBC student society (the Alma Mater Society)