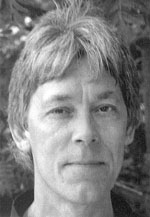 
Laurence Gough was born in Vancouver in 1943. He went to four high schools in Vancouver before attending SFU. He has been a garbage man, road construction worker, labourer and book clerk. The Goldfish Bowl won the Arthur Ellis Award for Best First Crime Novel in 1988. Hot Shots won the Arthur Ellis Award for Best Crime Novel in 1990. He was also awarded a New York Drama Critics Circle Award for one of his plays, and an Author Award (fiction) from the Foundation for the Advancement of Canadian Letters for his International thriller Sandstorm. He lives in Vancouver and reviews crime fiction for the Vancouver Sun.


When Vancouver police detectives Jack Willows and Claire Parker investigate the disappearance of a sleazy stock promoter, Willows would rather work on a case involving a robbery in which his son was critically wounded. It soon becomes clear that solving one case may help solve the other in Karaoke Rap (M&S $26.99), the tenth Willows and Parker mystery by Laurence Gough.
0 7710 3403 2


With his 13th pairing of Vancouver detectives Willows and Parker in A Cloud of Suspects (M&S $34.99), Laurence Gough is surely primed for a TV series. This novel is once more laced with terse dialogue and underlying humour, amid landmarks such as Harvey's Burgers on Kingsway. The hepatitis scare at Capers even gets a mention. 0-7710-3512-8