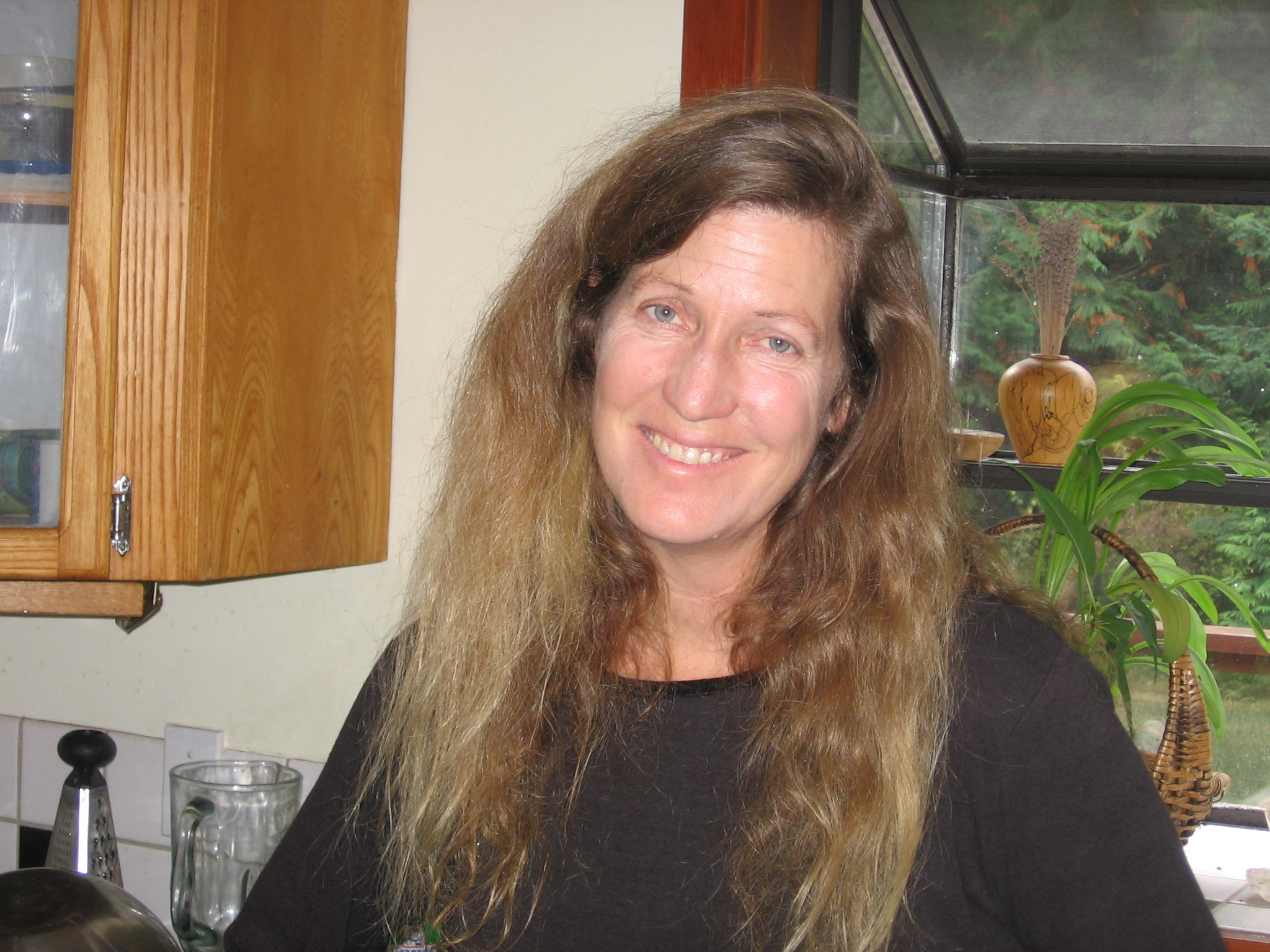 
Shirley Graham was born in Alexandria, Virginia, on May 20, 1958. Before coming to Canada, she studied English and Writing at U.C. Irvine and at Brown University, and also attended workshops with Mark Strand, Carolyn Forche, Sharon Olds, Robert Haas, Galway Kinnell, and Robert Pack.

Shirley Graham came to Canada in 2000 and now lives with her husband, poet Peter Levitt, and their son, Tai Levitt on Salt Spring Island. She commutes by ferry to work as a psychologist in the Victoria area.

Marking the 400th hundredth anniversary of William Shakespeare's death, Shirley Graham's Shakespearean Blues (Mother Tongue 2016) is a collection of joyous, tragic, witty, solemn, mysterious and wry poems that emulate the Shakespearean quotes and characters that inspire them. Graham uses Shakespeare as her springboard to explore the human condition, from Puck's "Lord what fools these mortals be" to Miranda's "How beauteous mankind is!" It's like a one-woman show on the page instead of the stage.

Articles: 1 Article for this author
Book of Blue
Press Release (2014)

Not everyone writes at a desk. Shirley Graham writes her poems while riding the ferry to and from her work as a psychologist with BC Child and Youth Mental Health in Victoria. Her commute begins at 5 a.m. and she takes the 7 p.m. boat back after handling her caseload of sixty children and families. "In the winter it's dark and insular, which helps me to focus,"; she says. "And in the summer it's open and beautiful, and I'm reminded of why we live in the islands.";

Graham's imagery in Book of Blue (Black Moss 2014)-to be launched at a joint reading with her husband and fellow poet Peter Levitt-reflects the impact of the painters and Japanese novelists whose work has informed and inspired her writing for forty years. Her poems also resonate with her thirty years of Zen practice that kindles "an aware but powerful restraint."; For Graham, this is the plumb line, as she calls it, that allows a depth of feeling to emerge from the unseen world of nature and human beings.

Book of Blue is Graham's second publication to incorporate that colour into its title. A chapbook, Blue Notes, was published by Mother Tongue Books shortly after Graham moved to Salt Spring Island. She doesn't find anything but delight in this repetition. As poet Robert Hilles has noted with regard to this collection, "blue is not just a colour, but a way of seeing"; and fellow islander Brian Brett has dubbed it "a blue diamond of a collection.";