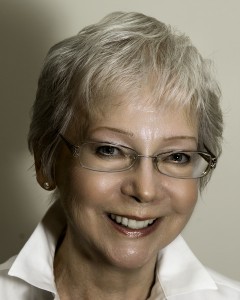 
Born in Minneapolis, Minnesota, Linda Grant moved to Canada in 1950. She has taught school and worked in film production and for non-profit organizations. After she and her husband retired in 1998, they moved to Kelowna. In 2012, Grant's novel won the Grand Prize in the first Balboa Press/Hay House Visions contest. Timewatch is about members of a family who are transported back to some turning points in history where they must combat forces trying to alter the past and cause catastrophic changes to the future.

Caleb Morgan, a wealthy developer, invites his relatives to visit him in his home in San Francisco. Marjory, a retired librarian living in England and her niece Geraldine accept Caleb's invitation. Dan Morgan, who is still hurting from the breakup of his marriage, brings his 18-year-old daughter Laney with him from Minneapolis. Sixteen-year-old Jason (J.J) from Canada, is accompanied to Caleb's home by Nicholas, a friend of J.J.'s parents.

The Morgans learn that there is a one-day window through which they must travel into the past to critical points in time-Roman Britain, colonial America, and various other time periods in France, England, and Turkey. Their mission is to combat forces trying to alter the past and cause catastrophic changes to the future.

After consuming a specialized herb concoction prepared by a long-dead ancestor, the consciousness of each member of the family is transported into his or her previously incarnated body, where they must struggle to survive and discover their roles in their respective incarnations. The fate of the world depends upon their efforts.