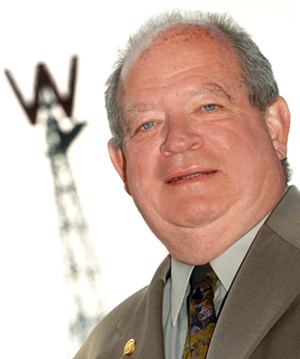 
Most widely known as a crusading Vancouver City Councillor who successfully encouraged social housing projects, Jim Green ran for mayor against Gordon Campbell and also competed in a provincial riding election against him. Green was also the first Vision Party mayoralty candidate in 2005. With some editing assistance from Geoff Meggs, Jim Green published a history of the Canadian Seamen's Union, Against the Tide, in 1986.

"Jim was among the original founders of Vision Vancouver. He was our first Vision Vancouver mayoral candidate in 2005, and an innovative civic leader who laid the groundwork for so many of our priorities and accomplishments since Vision Vancouver's election victory in 2008.

"Both as a City Councillor and as a passionate advocate for Vancouver and all of its citizens, Jim's record was one of consistent and tireless activism for social justice, democracy, the arts and the shaping of a fair, inclusive and sustainable city.

"His work on the Downtown Eastside in particular has left a remarkable legacy of new opportunity and hope for many of Vancouver's most marginalized and vulnerable citizens. He taught communities and citizens across Vancouver how to mobilize for positive change both for their neighbourhoods and in their own lives, and devoted his life to the idea that a city is strongest when it empowers its citizens. Many of the policies we take for granted today were championed by Jim long before they were common practice in Vancouver.

"Just this past weekend the City presented Jim Green with the 'Freedom of the City,' Vancouver's highest honour for exemplary citizenship, service and leadership.

"He will be greatly missed by the Vision Vancouver team, by his large network of friends and fellow advocates throughout Vancouver, and by the many grateful citizens whose lives he touched and inspired."