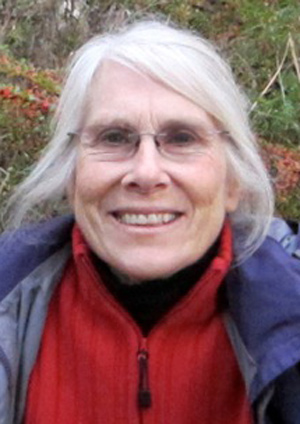 
According to publicity materials, Alanda Greene's first novel Napi's Dance (Second Story 2012) is the story of two women, one Blackfoot and one white, who are united by their love of the prairie

"In the mid-1800s, southern Alberta was dominated by the tribes of the Blackfoot Confederacy. Snake Woman, from the Blackfoot Blood tribe, was born into a life of respect and cooperation with the rhythm of the natural world, a rhythm that seems to be irreparably disrupted by the advance of European traders and settlers.

"Eleanor, newly transplanted to this promised land with her homesteading parents, was raised on the stories of her uncle, who told of a sky that goes forever and a wind that can blow your memories away. Their ages, cultures, and social rules would divide Snake Woman and Eleanor, but the two share a connection to the sweeping prairie landscape, the "Best West,"; that they both love and want to protect.

"A chance encounter will unite their paths. In a time of disruption and loss, their resilience and determination offer hope that their two peoples, as well as the natural world around them, can survive great change."

According to her publisher: Alanda Greene was born in Calgary, Alberta, the youngest of four children. Her father, born and raised in the southern prairie, gave her many gifts, but two were especially significant: he nurtured a connection with the natural world and he told rich stories from the Blackfoot Nation of the central plains, stories he learned from his native friends as he grew up. She spent her restless adolescent years riding her horse across the hills southwest of Calgary, imagining what it would be like to gallop through that land with no fences to contain it, as it once had been. She later moved to Kootenay Bay, British Columbia where she spent twenty-four years teaching at the local school. During this time she wrote many articles for education magazines, completed a Bachelor of Education and wrote and illustrated a book for middle school educators. After taking creative writing courses she finally settled into exploring the questions that had stayed with her since childhood about the land and history of southern Alberta. From that exploration came Napi's Dance. Alanda managed the small bookstore at the Yasodhara Ashram in Kootenay for several years, and she is now engaged with managing the ashram land.