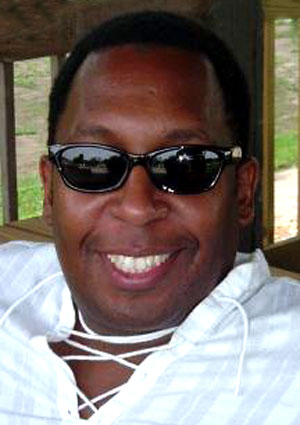 
Robert Greene resides in Vancouver, BC. His first book, Crossover: Straight Men-Gay Encounters is a series of short stories that address the psychological struggle men go through in dealing with their desire or curiosity with same sex encounters.

Greene graduated from a private school in Aix en Provence, France, called école Privé Charles Péguy. His father is the President and CEO of Greenebark Press, Inc., a publisher of childrens books and his mother was an English teacher. His grandmother Desaderal (Newton) Church was a concert pianist and organist. His cousin is jazz singer Carmen McRae. Robert Joseph Greene graduated from the University of San Francisco with a minor in Western Civilization and Literature.

According to a wikipedia entry:

"In February 2008, Greene filed a complaint with the Canadian Broadcast Standards Council (CBSC) against CKYE-FM and the Harjinder Thind Radio Show that aired on January 31, 2008.[6][7] The complaint cited bias against the LGBT community. Greene also stated that the radio show allowed callers to make inaccurate statements against the LGBT Community and did not allow or invite any discussion for an opposing view. After a formal investigation, on October 23, 2008, the CBSC issued their decision and sided with Greene and found CKYE-FM and the Harjinder Thind Show in violation of the Canadian Human Rights Act and the Canadian Association of Broadcasters Code of Ethics, Clause 7. CKYE-FM and the Harjinder Thind Show were required to air the decision and correction both in Punjabi and English."


Canadian author and researcher Robert Joseph Greene has spent over 17 years looking at gays in history and has noticed the common thread of the suppression of homosexuality dating back to ancient Greece. Interestingly, it was a key misstep by a Yale University professor that led him to suspect some Victorian era scholars might have altered their translations to minimize homosexual content.

At the time of the Victorian era, most Greek texts were translated into English. University translators glossed over the "vice of the Greeks"; in order to minimize any references to homosexuality.

After reading through several works of Plato, Socrates and Lucian of Samosata, Greene recognized a common theme in their views on male sexuality. Most Greek philosophers felt that limiting men to only heterosexuality bred mistrust among them. This mistrust allowed governments and religions the ability to better control men.

Greene came upon this discovery while researching material for his latest book, entitled, "The Forbidden Scroll"; (ISBN: 978-1-927124-29-1), a love story between a Prince who owned a forbidden text, and the scribe who translated it.

The original "Forbidden Scroll"; is a work entitled "Amores"; by Lucian of Samosata, which was written over 1800 years ago. "Amores"; was deemed forbidden by Pope Paul IV in 1559. The work was added to the Index of Forbidden Text, which is a list of all books that are forbidden to Christians from reading.

"To add insult to injury, 350 years later, gay references were still being suppressed in translations into English,"; says Greene.

Greene saw that Victorian-era Austin Morris Harmon possibly altered the work to minimize its pro-gay stance, and Greene wants the public to see the true unedited translation. Austin Morris Harmon was, at that time, a Princeton preceptor who later went on to head research into Lucian of Samosata for Yale University.

According to Greene, Greek philosophers assessed there are three (3) key components to whether or not a society was progressive or barbaric. They are barbaric if society allowed their men to 1) compete in athletic sports instead of train for war, 2) to educate themselves (in philosophy) and, 3) to practice homosexuality as well as heterosexuality.

"War is primarily a tool of heterosexual male dominance, which is fostered upon mistrust,"; says Greene. "We have perfect examples in nature that support the Greek philosophers' theory in bonobo monkeys.";

In the case of bonobo monkeys, the entire species is bisexual. Bonobo monkey culture utilizes sexual functions in conflict appeasement, affection, social status, excitement, and stress reduction. There is, however, juxtaposition between the Greek philosophers' position and those of the bonobo monkeys.

While Greeks place little or no value toward women in society, bonobo monkey clans give a higher societal status to females. Bonobo monkeys' societal hierarchy is a matriarchal structure.

In his fictional book, Greene has added the entire unedited translation of "Amores"; so that the public can decide for itself whether the debate held 1800 years ago showed valid cause to favour homosexuality.

Greene feels that in today's society, with support growing for marriage equality to include the LGBT community, that a more open and peaceful society will exist. He hopes both gays and straights will reexamine Greek philosophy for answers toward our collective future.