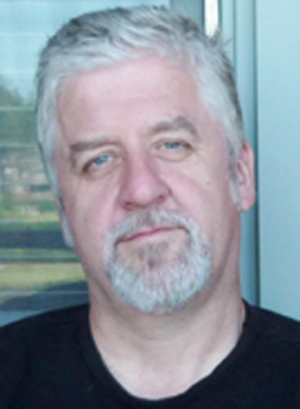 
In conjunction with a Vancouver Art Gallery exhibition KRAZY!, senior gallery curator Bruce Grenville prepared KRAZY!: The Delerious World of Anime + Comics + Video Games + Art (D&M 2008). He is also the co-author of Visions of British Columbia: A Landscape Manual (D&M), along with Scott Steedman, which is based on an exhibition at the Vancouver Art Gallery to coincide with the 2010 Winter Games. It won the City of Vancouver Book Award in 2010.

Review of the author's work by BC Studies:
Down from the Shimmering Sky: Masks of the Northwest Coast
Visions of British Columbia: A Landscape Manual

For 22 years, the municipal literary prize has honoured books that exhibit an "appreciation and understanding of Vancouver's history, unique character or the achievements of its residents,"; as well as "excellence in content, illustration, design, and/or format."; The award's independent jury applauded Visions of British Columbia as "a visually stunning marriage of art and literature showcasing the Vancouver Art Gallery's collection."; The adjudicators were particularly impressed with the book's motif and decisive editing, finding it "a well designed and well curated piece that revealed the cultural importance of visual art,"; specifically extolling "the ethnic diversity of the contributors, the range of poets and journalists, and the attention to artists in Vancouver.";

Visions of British Columbia is an exquisitely illustrated adaptation of the Vancouver Art Gallery's correspondingly named major exhibition, which paired the work of more than twenty remarkable artists, including the Haida masters Bill Reid and Robert Davidson, abstract painter Gordon Smith, and Salish artist Susan Point with writing about B.C. from acclaimed authors as varied as Douglas Coupland, Ethel Wilson, and Wayson Choy. Both text and art address the prolific visions of this place, its peoples and its histories.

The runners-up include George Bowering's The Box (New Star Books), and Matt Hern's Common Ground in a Liquid City (AK Press), and another D&M title, A Guidebook to Contemporary Architecture in Vancouver (Douglas & McIntyre, 9781553654452, $24.95 tpb).

Editor Scott Steedman accepted the $2,000 prize from Mayor Gregor Robertson in Council Chamber, City Hall, on behalf of himself and Bruce Grenville.