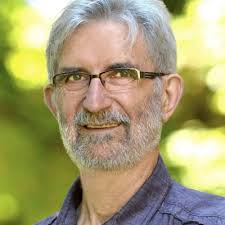 
Born in Toronto on August 21, 1938, Donald Gutstein grew up in Toronto, arrived in British Columbia in 1966 and received his Master's degree in architecture from UBC in 1972.

His first book of investigative journalism, Vancouver Ltd. (James Lorimer, 1975), examined the corporate structure of Vancouver. In The New Landlords (Porcepic Books, 1990) he probed the climate for Asian investment in Canadian real estate.

Gutstein specializes in news analysis and criticism and writes a media column for The Tyee on the internet, and has regularly contributed to the Georgia Straight. His critique of the internet is E.Con: How the Internet Undermines Democracy (Stoddart, 1999).

While teaching in the fields of journalism studies, documentary research and information policy at SFU, Gutstein researched the role of think tanks and the media in disseminating right-wing propaganda. This work led him to publish Not A Conspiracy Theory: How Business Propaganda Hijacks Democracy (Toronto: Key Porter, 2009). The book has a national and international focus, but there is a strong B.C. component in which he traces the origins of the Fraser Institute and its role in the historic 1983 "tough guy" election and budget.

Not A Conspiracy Theory was written after Gutstein became an adjunct professor in the School of Communication at SFU. Gutstein has also become co-director of NewsWatch Canada, a media-monitoring project.

Harperism: How Stephen Harper and his think tank colleagues have transformed Canada (Lorimer $22.95) examines the change in Canadian politics wrought by Stephen Harper much the same way Ronald Reagan and Margaret Thatcher transformed political life in the United States and Britain respectively.

Review of the author's work by BC Studies:

Articles: 1 Article for this author
The New Landlords
Review

"You have to realize that all three levels of our government have courted these people to come to Canada."

Li Ka-shing's Concord Pacific has made a profit on paper of approximately $500 million since the sale of the Expo site in 1988, Gutstein claims. "He paid $125 million for 12.2 million square feet of development," says the former appointee to the Vancouver City Planning Commission, "That's roughly $10 a buildable foot." Comparable downtown land is now selling for $50-$60 a buildable foot.

"So why did they make the decision to sell all of the Expo site to one buyer?" asks Gutstein, "Even the local development community in B.C. was outraged. Why didn't the public get the maximum profit?

"I see Grace McCarthy playing as big a role in the Expo land sale as Vander Zalm because she was the one who stopped the planning process."

The Globe & Mail has already reported that four days after the deadline for submitting Expo purchase proposals Grace and Ray McCarthy met with Li Ka-shing in his executive dining room in Hong Kong.

He goes on to study Asian-based development of strip malls and apartment buildings in Canada, followed by 'condomania' and flipping, recreational and hotel investments and finally foreign landlords' incursions into the housing market.

Gutstein claims that Canadian bankers, lawyers and realtors involved in offshore investments from Asia have formed a formidable lobby for its continuance. Stanley Hartt, Brian Mulroney's chief-of-staff, is a former law partner in Stikeman- Elliott (the firm which handles Li Ka-shing's investments).