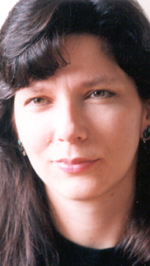 Barbara Hager was born in 1959 in Edmonton, the sixth of eight children, to a Cree/Métis father and a Scottish mother, George and Judy Todd. Her father died when she was twelve and the family moved to B.C. when she was fourteen. She completed high school in Hope, B.C., and studied English at Fraser Valley College. At seventeen she moved to Vancouver and took writing courses at UBC. In 1978 she was hired to write media releases and newsletters for the Department of Fish and Wildlife in Nanaimo. She wrote freelance articles on Vancouver Island, enrolled at Malaspina College, edited the student newspaper, and worked on the college's literary magazine.

After moving to Seattle and marrying musician Lee Hager, she ran a public relations company for the local music industry from 1980 to 1983, writing a Seattle music column for the Georgia Straight in Vancouver. She then moved with her (now former) husband to New York where she worked for one year at RCA Records and for five years at the city's Art Commission. She managed the Tweed Gallery for the city and wrote some culture-related speeches for Mayor Ed Koch.

Moving to Kentucky for three years, Hager published and edited a quarterly lifestyles magazine and founded the Central Kentucky Writer's Voice program at the Lexington YMCA. She returned to Canada and coordinated the 1993 and 1994 First Peoples Festival for the Victoria Native Friendship Centre. In 1994 she assisted in the delivery of the first National Aboriginal Achievement Awards which aired on CBC TV. This led her to write Honour Song.

For five years Hager worked as Aboriginal Liaison at the Royal British Columbia Museum, then she wrote her biography of Shania Twain, the country singer who was raised as an Ojibway. She conducted two interviews with Twain, one by phone and one in person, for a chapter in Honour Song called "Shania Twain: Buckskin and Cowboy Boots"; and her biography, On Her Way: The Life and Music of Shania Twain (1998).

In 2002, Hager was hired by CHUM Television to co-host The New Canoe, an Aboriginal arts and cultural series on Victoria's The New VI television station. After the first season, CHUM sold the series to Hager. Since then she has produced the series independently through her company, Aarow Productions. The fifth season of The New Canoe, airing in 2006, is co-hosted by Barbara Hager and Swil Kanim from the Lummi First Nation.

In 1885, German zoo owner Carl Hagenbeck hired nine Bella Coola Indians from Canada to perform their dances, songs and other traditions for German audiences during a 22-city tour of Germany. The nine men's experience in Germany continues to influence their descendants, the Nuxalk First Nation, today as they strive to preserve their language, dances, songs, art and ultimately, their identity in the modern world. Hager produced a television documentary on this subject, From Bella Coola to Berlin, which premiered on the BRAVO television network in 2006.