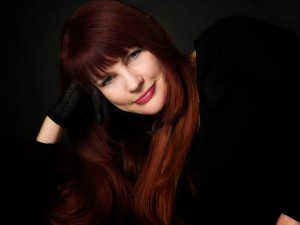 Raised in Manitoba, the Kootenays and Cloverdale, B.C., Heather Haley was employed as a staff writer, editor and arts reviewer for the LA Weekly before returning to Canada in 1993. She has also published a multimedia arts and literary zine called Rattler. Her work has appeared in publications that include Antigonish Review, the Coe Review , Northern Lights, the Literary Storefront, sub-TERRAIN, On The Bus, Heresies, High Performance, Medusa, Verb, Arts Vancouver and the Manic D Press anthology. She developed the Edgewise ElectroLit Centre and the Vancouver Videopoem Festival. Her videopoem Dying For the Pleasure premiered at Pacific Cinémathèque in March, 2003.

She is a singer and songwriter who has been a member of numerous music groups including Heather Haley & the Zellots, once selected as one of Ten Great LA Bands. HHZ played the Hong Kong Cafe, Club 88, the Palomino, John Anson Ford Theater, the Lhasa, Raji's, Club Lingerie and a Coconut Teazer's Hollywood's Best Kept Secrets showcase.

Heather Haley was also a member of Vancouver punk bands including the .45s with Randy Rampage and Brad Kent. Upon returning to Vancouver in 1992, she worked the streets as an official BC Transit busker. Her favorite location, especially in terms of acoustics, was the tunnel to the Sea Bus at Waterfront Station. She has teamed with guitarist/sound designer and dj Roderick Shoolbraid to produce a series of audio poems and live shows.

Haley has served on various juries and panels including the Canada Council, Digital Arts and Culture in Atlanta, Georgia, and the e-poets Network Geo-conference in Chicago. She is a member of ISEA, (International Symposium of Electronic Arts) Federation of BC Writers, Alliance for Arts and Culture, and Women in Film and Video.

When she wrote her novel, The Town Slut's Daughter (Howe Sound Publishing, 2015, she was troubled by the perception that she must have been rehashing her life when she wrote it. On her website, she tried to set the record straight:

"Writing is vexing, on so many levels. I don't understand all this post modern fuss over genre and grow weary of explaining that I did indeed imagine the story in The Town Slut's Daughter. Naturally it's inspired by life experience. Write what you know. Right? Which is all I wrote, which is why it's authentic. If what I wrote was published as memoir, or creative non-fiction-whatever the hell that is- I would have been crucified, because I made stuff up, yet people refuse to believe my novel isn't memoir. I can say unequivocally that I am not Fiona and Fiona is not I.

"Our hunger for realism, hence the reality show phenomenon, and rise of the documentary fuel such expectations. Pressure. I say this because poet and writer Catherine Owen, whom I admire greatly, reviewed my book bemoaning in the main that I'd chosen to write fiction. Despite confusion over genre I never doubted my instincts, knew I was framing narrative within a novel. Works for me. I understand her yearning for just the facts but my life is not all that interesting, in reality. As Karl Ove Knausgård recently emphasized about his autobiographical novel, My Struggle, "It's fictional even if it's nonfictional. It's not as if I'm trying to document anything. I'm looking for something within that material."; Autobiographical novel also seems a contradiction in terms and I know truth is relative. Let the critics and pundits postulate ad nauseum, I need to focus on process. If you want reality, read my blog.

"Perhaps I am a coward, for I can wear it like a veil, but it is also liberating and I maintain there is more truth in fiction."


I never joined the Girl Guides,
NDP or Greenpeace.
There are millions of others
to do that, millions more worthy,
though I inspired a movement
the day I was born-the MSQ-
Mothers for the Status Quo.
We didn't know who my father was
but my mother was head of the MSQ
and I was born pink and healthy
in spite of the letter she received
warning of a kidnap plot.
She always had her suspicions
about the travellers and strangers
that passed through Uranium Town.
They came to complain
about the mine,
sang protest songs
on the steps of the municipal hall,
their demonstrations broadcast
with cutting edge technology.
She memorized their faces,
reviled their phony passion.
Taking our town hostage, she said,
they were the harbingers of doom.
We would simply wait out
the conflicts, skirmishes, coups,
desert storms and CNN theme songs.
We were not frightened
of anything so far away.
I was born pink and healthy,
in spite of everything.


Poet and musician Heather Susan Haley's latest collection is Three Blocks West of Wonderland which includes dynamic place and travel poems alluding to post 9/11 angst and guilt written in her characteristically insightful style. Previously, Haley was publisher of the Edgewise Café, one of Canada's first electronic literary magazines. In 2009, she toured her spoken word CD Princess Nut in Canada and the U.S. 978-1-897430-47-7