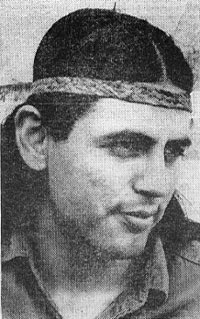 
Nuu-cha-nulth ethnographer Ron Hamilton contributed the introduction and 14 drawings to the first, cooperatively written product of the Barkley Sound Language Development Project, the Nuu-chah-nulth Phrase Book & Dictionary: Barkley Sound Dialect (Bamfield: Barkley Sound Dialect Working Group, 2004), designed and typeset by Maggie Paquet of Port Alberni. The Language Development Team of Hilda Nookemis, Deborah Cook and Denny Durocher worked for 18 months with representatives from the Huu-ay-aht, Ucluelet, Toquaht and Uchucklesaht First Nations to produce the 192-page, pocket-sized in an effort to revive a rarely spoken language. Ron Hamilton also provided illustrations for his uncle Peter Webster's autobiography As Far As I Know: Reminiscences of an Ahousat Elder (Campbell River Museum and Archives, 1983). Hamilton was born on the Ahaswinis reserve, north of Port Alberni, at the head of Barkley Sound, on February 11, 1948. Like his uncles Jimmy Kish-Kish and Peter Kish-Kish, Hamilton is also a carver. His Aboriginal names have included Dwa-Win-Nah (Raven) and Quay-Iss ("he feeds the people").

More recently Ron Hamilton has favoured the name Ki-Ke-in. He is credited as co-editor of one of the biggest books ever published in B.C., if not the biggest. At 960 pages, Native Art of the Northwest Coast: A History of Changing Ideas (UBC Press 2013, $195) spans 250 years of writing about Northwest Coast art. The excerpted texts from both published and unpublished sources, some not previously available in English, are arranged thematically. The other editors are UBC history and visual arts professor Charlotte Townsend-Gault, Museum of Anthropology curator and anthropologist Jennifer Kramer and Nuuchaanulth historian. He is credited as a poet with forty years experience as a speaker and ritualist. According to reviewer Michelle Paquette of the Frick Fine Arts Library in ARLIS/NA Reviews, "This work is an anthology, akin to improvisational jazz...embroidered around a core theme...but allowing every contributor remarkable latitude, creativity, and individuality. Subtitled "A history of changing ideas," it indeed questions many long-held assumptions in the field, and posits fresh notions on contemporaneity. It also works to suggest what might be appropriate, respectful, and well-informed means of appreciating, sharing, and studying ceremonial objects, and the Native Northwest cultures which imbued them with life...it is rare indeed that one encounters a book with the capacity to make the reader feel woefully uninformed, while simultaneously tempering with the unflinchingly illustrative personal narratives of Native elders, Haida manga, and thought-provoking arguments on cultural patrimony...to the degree that any criticism can be made of this volume, it would only be that its sheer size may deter the casual observer who sees it on a shelf. This would truly be a shame, since its wealth of information, multiplicity of perspectives, diversity of opinion, and review of historical literature make it a terrific resource for any library."; 9780774820493