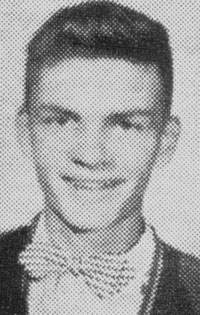 
As an urban planner, Walter Hardwick has been credited with a formative role in the development of False Creek South and as a proponent of the community college system, and of distance education. He conducted an analysis of the False Creek area that was influential within the TEAM administration of Mayor Art Philips who came to civic power in 1972. While on the MacDonald committee Hardwick also recommended the creation of Simon Fraser University. A city alderman and urban geographer, he wrote Vancouver (Collier-MacMillan Canada Ltd., 1974). With UBC's J. Lewis Robinson he co-wrote British Columbia: One Hundred Years of Geographic Change (1993). With R. James Claus he co-wrote The Mobile Consumer: Automobile-Oriented Retailing and Site Selection (Don Mills, Ontario: Collier-Macmillan, 1972).

Review of the author's work by BC Studies:
Vancouver
British Columbia: One Hundred Years of Geographical Change

Articles: 1 Article for this author
In Memoriam
Obit


Lauded by peers as a man of vision, leadership and commitment, and active at many levels of public life, Walter Hardwick died on June 9 after a lengthy illness, aged 73. Dr. Hardwick first joined UBC's department of Geography in 1960, and taught courses in urban studies, urban geography, and political geography until his retirement in 1997. Known as an inspiring teacher, he was instrumental in writing the 1963 MacDonald Report on post-secondary education that laid the groundwork for Simon Fraser University and the province's network of community colleges. Appointed Director of Continuing Education at UBC in 1975 and deputy minister of Education, Science and Technology in 1976, Walter Hardwick was also responsible for establishing the Open Learning Institute and the Knowledge Network. As a co-founder of TEAM (The Electors' Action Movement) and member of Vancouver city council from 1969 to 1974, Dr. Hardwick initiated the transformation of the south shore of False Creek from industrial use to housing. He also played a key role in preventing proposals for a freeway system through the centre of Vancouver becoming a reality. Instead, he oversaw two survey projects between 1971 and 1974 that served as a basis for urban planning in the Greater Vancouver Regional District, and inspired the district's Liveable Region strategy. In 1977, Hardwick was awarded the Order of British Columbia for his contributions on civic, regional, provincial, national and international levels. He was also presented with an honorary degree from UBC in 1997. He is predeceased by wife Shirley Steeves and survived by his four children and five grandchildren. A memorial ceremony was held on June 28 at the Chan Centre for the Performing Arts on campus, and included tributes from former BC Premier Mike Harcourt and former provincial Minister of Education Patrick McGeer, a UBC professor emeritus in Psychiatry. He also had a BA54, MA'58, LLD'OO, and OBC.