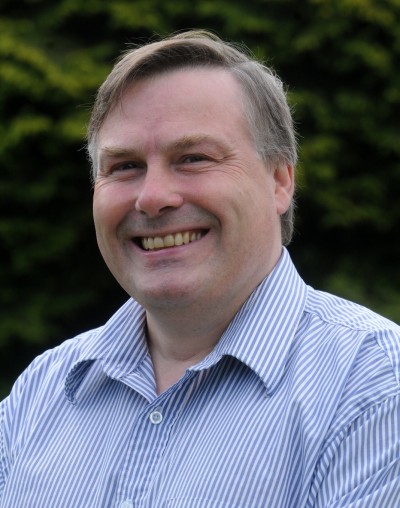 
Born in Pender Harbour on the Sunshine Coast on July 10, 1959, Donald J. Hauka of New Westminster began his journalism career in Grade 11 and took his first fulltime job as a sports editor for the Williams Lake Tribune. He attended Simon Fraser University and BCIT, and worked for a variety of community newspapers, before starting at the Province in 1985. He covered politics from 1988-2001.

Hauka has written radio-plays for CBC drama and two television movies based on the Canadian character of Hakeem Jinnah (Jinnah on Crime: Pizza 911, which aired in 2002 and Jinnah on Crime: White Knight, Black Widow, 2003). Hauka sold the concept for a movie based on a Kenyan-born Muslim named Hakeem Jinnah at the Banff TV festival prior to having a script available.

Fast-paced, funny, and suspenseful, She Demons is his second Mister Jinnah novel in which the flirtatious and always resourceful Jinnah has to use every ounce of his investigative genius to solve a crime...and make a few extra dollars on the side. According to promotional materials: "How can an enterprising newspaper reporter sell his Babji dolls when there's a beheaded street youth, a Rave messiah battling a berserk "God Squad,"; and a conniving new editor to deal with? Especially when he's suffering all the symptoms of dengue fever? Hakeem Jinnah is back and is as politically incorrect as ever. The chain-smoking, headline-chasing hypochondriac is in a race to find a killer and help save his buddy Sergeant Graham's career. But a bevy of She Demons bedevil him at each turn. Soon Jinnah is entangled in a cultic web that threatens his friends, his family and his life."

For Margin of Terror: A Reporter's Twenty-Year Odyssey Covering the Tragedies of the Air India Bombing (Key Porter $24.95), Donald J. Hauka partnered with Province reporter Salim Jiwa to update Jiwa's 1985 book about the two Air India bombings with new information on the 20-year Air India investigation and the 19-month trial that resulted in a verdict of not guilty for the accused in 2005. In late April of 2006, Prime Minister Stephen Harper announced a new public probe into the Air India bombings.

Pizza 911 (Dundurn, 2015), the third in Hauka's Mister Jinnah series, takes politically incorrect newspaper reporter Hakeem Jinnah from Vancouver to Tanzania as he investigates another grisly crime. A burnt, dismembered body has been found in a pizza oven, and Jinnah's quest for the story's truth leads to encounters with "bikers, drugs lords, shadowy assassins, and a mysterious, beautiful woman."; Pizza 911 is based on the 2002 Gemini-nominated made-for-TV movie of the same name, also written by Hauka.

Review of the author's work by BC Studies:
McGowan's War: The Birth of Modern British Columbia on the Fraser River Gold Fields


Born in 1813, American ne'er-do-well Ned McGowan was a bon vivant with a fearful temper and one of the most notorious characters in pre-colonial B.C. history. "He was supposed to be a murderer, a pimp who ran a brothel in a San Francisco hospital,"; writes Donald Hauka in Ned McGowan's War (New Star $24), "the inventor of the false-bottomed ballot box, a shoulder-striking bully-boy, corrupt politician and magistrate, a disgraced police superintendent who masterminded a bank robbery, and an all-round cad.";
But according to Hauka, McGowan has been given a bum rap by history. Yes, McGowan was involved in a knife fight in the Pennsylvania legislature. Yes, he did run a roulette wheel on the second floor of a whorehouse before he became a San Francisco County judge. And yes, in the mid-1850s, he did have to disguise himself as a Mexican in order to escape from the Vigilante Committee, using a corset to push in his substantial stomach.
But in those days California's first legislature was known as 'The Legislature of a Thousand Drinks.' When the little-remembered American Party, known as the 'Know-Nothings,' rose to power in California, McGowan lost his patronage appointments and tried to salvage his reputation with a book called The Narrative of Edward McGowan, Including a Full Account of the Author's Adventures and Perils While Persecuted by the San Francisco Vigilance Committee of 1856.
Hauka makes a good case that McGowan was mostly the victim of a vicious and fraudulent era requiring extreme combativeness. A skilled and witty writer, McGowan published 25 issues of his scandal sheet, the Phoenix, followed by 18 editions of its follow-up, the Ubiquitous, in 1857 and 1858, but he fled Sacramento and, after a failed murder attempt on his life outside a San Francisco courtroom, he made haste for the Fraser River gold rush.
McGowan unfortunately first arrived in Victoria in the company of some American mercenaries who had helped William Walker to assume the presidency in civil-war-torn Nicaragua. To celebrate their arrival on July the 4th, they fired a 100-gun salute, thereby earning the enmity of Governor James Douglas. It also didn't help that McGowan's bad press had preceded him.
When the influx of unruly Americans threatened the autocratic regime of Douglas, McGowan was eventually brought before pro-British judge Matthew Baillie Begbie in a log-cabin courtroom in Yale in 1859. Hauka provides an account of the battle of wits between Begbie and McGowan. In dramatic terms, Begbie lost the battle but won the war.
Ultimately the 30,000 American insurgents along the Fraser River failed to annex the British Columbia mainland to the United States and McGowan fled the Fraser Canyon gold rush for good in 1859, thereby missing the 1862 smallpox epidemic that claimed the lives of approximately one-third of the indigenous First Nations population. Back in the American mid-west, McGowan tried to resurrect his reputation, successfully suing the Californian historian Hubert H. Bancroft, but not gaining a penny. He dabbled in journalism but never advanced in society, having backed the losing side during the American Civil War. After McGowan died a poor man in San Francisco at age 84, on December 8, 1892, only two friends attended his funeral cortege. At a time when full-fledged biographies from B.C. are few and far-between, screenwriter Donald J. Hauka has produced a lively account. Well researched, it's the stuff of a prolonged historical mini-series, with sub-plots and bizarre characters aplenty. 1-55420-001-6


Margin of Terror: A Reporter's Twenty-Year Odyssey Covering the Tragedy of the Air India Bombing, chronicles Salim Jiwa's and Donald J. Hauka's relentless pursuit of Canada's worst terrorist tragedy. This insider's account of the origins of Sikh militancy and the conspiracy that resulted in the twin bombings is compulsively readable. Jiwa, the only reporter on a first-name basis with the terrorists, the police and the victims' families, sheds new light on a dark chapter in Canadian history.

Three hundred and twenty-nine innocent people were killed when a bomb exploded on Air India Flight 182 more than twenty years ago. On the same day, another bomb exploded at Tokyo's airport, killing two baggage handlers. The victims' families, friends and loved ones were promised justice. After the longest and costliest criminal investigation and trial in Canadian history, they are still waiting.

In a riveting "insider's"; account, investigative reporter Jiwa - the first and only reporter on the Air India story continuously from the very beginning - explores the complex underworld of the accused terrorists from their obscure beginnings in Vancouver all the way through the criminal investigations to the trial that ended in a verdict that shocked the country: not guilty.

Jiwa explains in riveting eyewitness detail how the plot originated and unfolded, and who was responsible for both masterminding and carrying out the bombings. Some of the new evidence uncovered includes:

- Air India probe suffered when bug failed: a faulty listening device in the back of a police car failed to record a potentially damning conversation between Inderjit Singh Reyat and Talwinder Singh Parmar, which resulted in the RCMP not being able to press conspiracy charges.

- False assumptions blinded Canada's spy agency to unfolding Air India plot: Sikh extremists were not even at the top of CSIS priority list of terrorists to watch even as Sikh militancy in Canada rocketed into a major problem.

Balanced and fair-minded, Margin of Terror never fails to indict what were inexcusable missteps and mistakes on the part of law enforcement and the prosecution. It is a compulsively readable portrait of the innocent victims and of the heartbroken families and friends for whom dreams of justice and closure remain bitterly unfulfilled.

Salim Jiwa is an award-winning senior investigative journalist with The Province newspaper in Vancouver. The first reporter to introduce the world to Talwinder Singh Parmar - the primary suspect in the Air India Case - Jiwa is an authority on terrorism, appears regularly on television and radio and is a regular consultant on terrorism issues for ABC News in New York. Please visit his Web site: www.flight182.com.

Donald J. Hauka is a journalist, screenwriter and playwright. For twenty years he has been a political reporter and colleague of Jiwa in Vancouver.