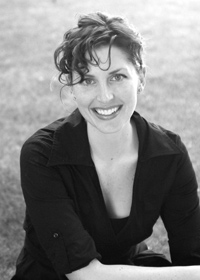 
As a fourth-generation resident of Kelowna, teaching at Okanagan College, Alix Hawley first explored attractions and distractions in her "dark and sharp"; fiction collection, The Old Familiar (Thistledown 2008). In "Romance,"; a young man employed for the summer by a wealthy family, discovers he and his first-time lover have different sexual motivations. In "They Call Her Lovely Rita,"; a man feels he has absentmindedly misplaced his wife somewhere, and goes searching for her. In "Chemical Wedding,"; a gorgeous woman manoeuvres the murky waters of a dinner party with a former friend's family.

In 2014, Hawley won the 2014 Canada Writes Bloodlines competition, judged by Lawrence Hill, and was runner-up for the CBC Literary Award for short stories in 2012 and 2014. These distinctions dovetailed with the release of her first novel, All True Not A Lie In It (Penguin 2015), a funny and poignant historical novel set during the American Revolutionary War, told in the voice of Daniel Boone, as a "white Indian." After being raised in a Quaker colony in Pennsylvania, Boone is twice captured by Indians in Kentucky, gaining an intimate appreciation of the Shawnee.

All True Not a Lie In It won the Ethel Wilson Fiction Prize in 2016 and the Amazon.ca First Novel Award. It was also longlisted for the Scotiabank Giller Prize. [See Review below]

In 2017, Alix Hawley won the $6,000 CBC Short Story Prize for her story, Witching. Hawley was runner-up in this contest for short stories in 2012 and 2014. Selected from more than 1800 works, the story was published in the May edition of Air Canada enRoute magazine and Hawley received a 10-day writing residency at Banff Centre for Arts and Creativity. The contest is coordinated by CBC Books, the CBC's "online home" for literary content. The Canada Council for the Arts provides the prize money. The jury was composed of writers Jen Sookfong Lee, Shyam Selvadurai and Marina Endicott. Their judges' statement read:

"Witching is charged with tender dread-the calamity of a damaged soldier's return from Afghanistan. Vivid images of war and the formless desert draw us in and, along with his wife, we incrementally learn the geography of his altered nature. This story springs from his parched silence, but rings and resonates with his wife's silenced and impossible rage. The language is elegant and understated and draws the reader deeply into this world."

Alix Hawley studied English Literature and Creative Writing at Oxford University (where she wrote her doctoral thesis on Virginia Woolf), the University of East Anglia, and the University of British Columbia. She is especially interested in nineteenth-century writing and children's literature.

Articles: 1 Article for this author
All True Not A Lie In It
Review (2015)

Daniel Boone is one of the most-storied frontiersmen in United States' history, but I didn't know much about him prior to Alix Hawley's All True Not A Lie In It (Knopf $29.95). And neither did Hawley.
She says in her Author's Note that she once saw an image of him when she was nine-years-old in a National Geographic article. That was about it. Much later she saw a painting of him and she was hooked. She couldn't stop thinking about the man she now describes as "a slippery character, a peculiar mix of the familiar and forgotten.";
All True Not A Line In It is about finding Daniel Boone within the myth-making tradition of fiction, moving some of the dates of Boone's chronology, and making guesses. "His story is about trying to find paradise,"; says Hawley, "and about what happened when he brought about its ruin."

Along the frontier road to ruin, there's enough sex, adventure, love, betrayal, infidelity, war, violence, and money to keep most readers captivated. The opening sentence, "Your sister is a whore," is an accusation that's repeated three times while a young Boone fights with some boys, including William Hill, a supporting character who will appear, disappear and re-appear throughout the novel.
Over the next 85 pages, Boone moves between Pennsylvania, Virginia and Carolina. He grows into a young man, accompanies his brother, Israel, on a hunting trip, stands by his family as it is shunned and then driven out of the Quaker community, watches his sister in-law and brother die from disease, and visits a Philadelphia brothel where he loses his virginity to a woman named Maria who claims to have "lost her virtue at the top of a volcano in Italy.";
Boone joins the army, runs away from a battle, marries his wife, Rebecca, and has a daughter. Here the real, westward-ho adventure begins and continues for the next 285 pages. Boone pushes into Kentucky and is captured twice by native Americans-and the rest we'll leave undisclosed.
I was drawn into the story. I couldn't help but feel a sense of connection to its characters, possibly because of what has happened in B.C. between First Nations and the colonial invaders-and what continues to happen today.
Much of Hawley's novel deals with the clash of European and aboriginal civilizations in the U.S., a clash that cost the Indians (as they're still called in the U.S.) dearly. This clash continues to play out in B.C. The Tsilhqot'in in the Cariboo won a landmark land-claims decision in the Supreme Court of Canada a year ago, and recently the public learned of the chaos within the B.C. Treaty Commission, the organization that was created to guide current talks.
[In a Supreme Court of Canada ruling in June of 2014, the Tsilhqot'in won title to 1,750 square kilometres of territory land near Williams Lake. That September, Premier Christy Clark apologized for the wrongful hangings of six chiefs during the Chilcotin War of 1864. This past March, the government and First Nation announced the successful negotiation of several interim agreements to implement the high-court decision. During the same month, B.C.'s Aboriginal Affairs Minister John Rustad refused to approve the appointment of former Liberal cabinet minister George Abbott to the province's treaty commission. A report released by a special adviser to the federal government was highly critical of the process, and speed of progress. Then, in early April, the federal and provincial governments inked an agreement-in-principle with the Te'Mexw Treaty Association, which represents five First Nations on southern Vancouver Island.]
The legacy of the frontier epoch is still with us. Hawley's depiction of Boone's efforts to lead European culture westward-ho has resonance, even though the action occurs south of the 49th parallel.
Unfortunately, I couldn't dismiss a nagging question that kept rising in my mind: Where does the truth end and fiction begin in this novel? Perhaps, it's not so much a criticism of Hawley and her story but of the sub-genre of historical novels.
What I now know about Daniel Boone, I know from this novel. I now question just how much of what is "all true" and "not a lie" is a lie. I'd have to read much more about Boone in order to determine how much of Hawley's version is fictional. Hawley has sparked my curiosity, but perhaps she could have included some indications in her preface as to how and where her novel deviates from the known truth.
Daniel Boone lived until 1820. This novel ends in 1778 on the eve of a siege of Boonesborough, one of the first American settlements west of the Appalachians. On-line, the Kelowna-based Hawley says readers want to know more about Rebecca, Boone's wife, and Jemima, the second of their four daughters and also a major character.
A sequel is in the works.

Keven Drews is a full-time journalist who is concurrently pursuing a Master's degree in creative writing at Pacific Lutheran University in Tacoma.