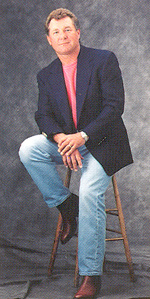 
Originally from Toronto, high-flying Snowbirds' photographer Russ Heinl moved to B.C. in 1990. After his High Above the Canadian Rockies (Firefly 1998 $29.95) and Where the Eagle Soars: Over British Columbia's Islands (Raincoast, 1994), teamed with Beautiful B.C. magazine for Over British Columbia. Heinl and editor Bryan McGill subsequently worked together for Over Canada, a bird's eye view of the country with Royal Bank as a lead sponsor. With text by Constance Brissenden, Heinl also published Vancouver and the Lower Mainland From the Air (Whitecap, 1999). We hope this guy is collecting air mile points.