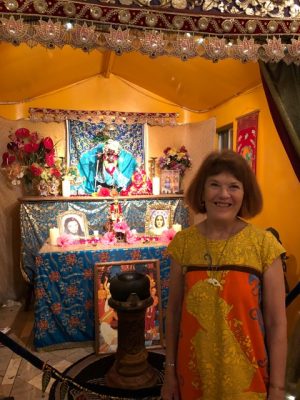 
Tanis Helliwell of Powell River has worked 'to bring spirituality into the workplace' since 1976 with corporate clients, resulting in Take Your Soul to Work: Transform Your Life and Work (Random House, 1999). No mention was made in publicity materials about her previous publication about communing with leprechauns in Ireland, a self-published memoir called Summer of the Leprechauns: A True Story (Blue Dolphin Publishing, 1997). It has been followed by another self-published memoir, Pilgrimage with the Leprechauns: A True Story of a Mystical Tour of Ireland (Wayshower Enterprises 2010). "Some years ago I lived in an old cottage in the village of Keel on the west coast of Ireland," she begins. "I shared Crumpaun Cottage with a leprechaun and his family who had lived there for a very long time. The leprechaun befriended me and taught me about elementals..." Helliwell describes leading her fourth "mystical tour of Ireland" to sacred sites as an unmitigated disaster that simultaneously served as one of the most significant events of her life. Self-described as a student and teacher of Inner Mysteries, Helliwell has founded her own International Institute for Transformation and has led tours and pilgrimages to sacred sites in Egypt, Israel, Peru, Bolivia, India, Nepal, France, Britain, Scotland, Ireland, the American Southwest, New Zealand, Japan, Kenya and Greece. She claims to have heard and seen elementals, angels and master teachers on other planes since childhood. According to her publicity materials, a 2008 survey conducted by Baylor University Institute for Studies of Religion found that 55% of Americans said they believed in guardian angels. Her seventh book, Hybrids: So you think you are human (Wayshower Enterprises 2015) expands on her earlier book, Summer with the Leprechauns, which she claims sold 50,000 copies world-wide and has been translated into seven languages. Hybrids cites various archaeologicaI, mythological and cultural (First Nations and others) discoveries to examine the the possibility that other sentient life forms exist which have interbred with humans creating hybrids. Helliwell offers her evidence for the existence of 22 different human-hybrids, such as elementals, angels, dolphins, giants, dragons, centaurs, pan and many others.