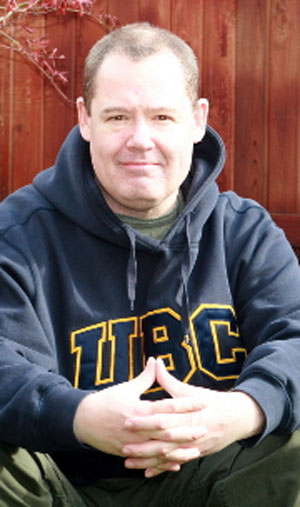 
Michael Hiebert writes genre-crossing stories that are edgy and often contain mysteries. He lives in the Lower Mainland of British Columbia. Twice winner of the Surrey International Writer's Conference Storyteller's Award, Michael Hiebert has been published in The Best American Mystery Series, edited by Joyce Carol Oates. In his second novel, In Close to the Broken Hearted, a killer's release from prison prompts revelations in an Alabama town. As the only detective in Alvin, Alabama, Leah Teal, mother of two, investigates the fears of a young mother who believes she is being stalked by the released murderer named Preacher Eli.