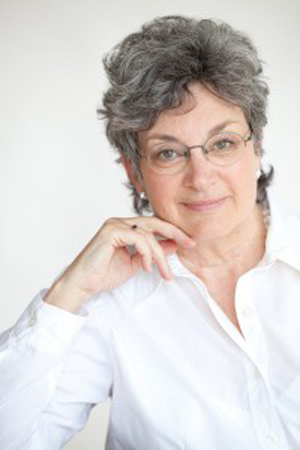 
Born in Toronto in 1949, Leslie Hill has lived in Vancouver since 2004. She taught English and Library Skills in Toronto high schools for 25 years before moving to the Findhorn Foundation in Scotland for almost six. In 2008, she graduated from Simon Fraser University's Writers Studio program in creative writing. She has self-published Dressed for Dancing: My Sojourn in the Findhorn Foundation (Incite Press, 2012).

"I moved to Vancouver from Scotland in 2004 and began taking writing courses at UBC and later at SFU. I've always written, journals, letters, creative minute taking, bad poetry, personal essays. During a year away from work, family and friends, I lived alone in the interior of B.C. and wrote a novel. It remains unpublished but dear to my heart, because writing about my difficult issues in fiction meant I didn't need therapy for the first time in ten years.

"Encouraged by that experience, I began writing a memoir when I lived in Scotland, in the Findhorn Foundation, east of Inverness. The Foundation is an educational and spiritual New Age community where I spent more than five years after the death of my husband. The memoir, Dressed for Dancing: My Sojourn in the Findhorn Foundation, traces my recovery from grief over a period of fifteen years. (See Dressed for Dancing, Chapter 1, and 'Experience Week'.)

"I joined SFU's the writer's studio in 2007, where I revised my memoir under the guidance of Wayde Compton and the Creative Non-Fiction group. A short essay, 'Out Of The Darkness' appeared in the Writer's Studio magazine, emerge. Two years later I revised the memoir again with Betsy Warland through the Vancouver Manuscript Intensive. Two short essays appeared in Betsy's book, Breathing the Page, in 2010.

"In terms of work, I've had a variety of jobs, from being a kennel girl for the SPCA, to a ski instructor, to a cleaning lady. My best paid job was teaching high school English in an inner city school in Toronto. (See 'Classroom Lessons'.) When I became overwhelmed by marking after sixteen years, I qualified as a teacher librarian, which meant I taught nearly every subject but marked nothing. It was great. In the Findhorn Foundation I headed up the Housekeeping Department of a large hotel and learned to love housework. At different times I led entry level workshops and supervised new members as they adjusted to community life.

Articles: 1 Article for this author
On Grief
Essay (2012)


Following the death of her husband, Leslie Hill lived for more than five years in the educational and spiritual New Age community at Findhorn, east of Inverness, in Scotland. At the SFU Writers Studio in Vancouver she subsequently honed her memoir, Dressed for Dancing: My Sojourn in the Findhorn Foundation (Incite Press, $18.95) that traces her recovery from grief over a period of fifteen years. Here is a précis, posted on the internet on April 30, 2012, by Leslie Hill. 978-0-9866127-5-6

A String of Pearls

"Last night I saw a short television spot on the animals in the local Humane Society. Within seconds I was in tears. The program lasted all of ten minutes. I cried for half an hour. Am I incurably sentimental? Hormonally challenged? I don't think so. I think I'm experiencing old grief.

"No one tells you about the gritty underside of grief. They think they do, in the achy breaky, hurting songs of failed relationships, that transcend the pain with rhythm or humour or beauty, but nothing can describe the daily damage of living with grief.
Sometimes people don't know what they're feeling at the time because they don't have permission. My parents were really invested in happy children. When pets died or we moved, I saw that my parents couldn't cope with my feelings of loss. I tried not to make it harder for them; I cried in secret and swallowed my tears as much as I could. They thought and I imagined, that I was dealing with sadness well. But years later when I see lost or abandoned animals on TV, I weep for Fluffy, Goldie, Frisky, Robin and a host of other childhood losses. Grief doesn't go away because we repress it. It's in our bones.

"The good news is that grief diminishes with time, although it diminishes with agonizing slowness. The bad news is you have to go through it. It can't be boxed up permanently. The other news is, the world will never be the same. With the first loss we lose our innocence. Eventually it becomes clear that everything goes, pets and people, parents, friends, lovers and children. That's life's guarantee: we'll lose everything. They die, we die.

"Elizabeth Kubler-Ross points out that loss can take us into adulthood. Perfectly true, only I didn't want to be adult. I wanted to stay young, happy and safe. I was twenty-eight when my mother died at fifty-two. She'd been in a coma caused by a brain tumour for nearly two weeks; her death was a release, not a surprise. What was a surprise, though, was the change in our family dynamic once she'd gone. I hadn't realized until then that my mother was the heart of the family, the sun at the centre of its universe. Without her strong gravitational pull, the rest of us were mere planets, spinning further and further away from each other. By the time my father remarried, nine months after her death, we seemed more like polite acquaintances than the close-knit family I had known. So in losing my mother I lost my sense of place, the feeling of coming home, of belonging, of family. I inherited guilt with the grief too, because I'd never known how important my mother was to the whole until after she died.

"There was no family dynamic to lose when my husband died. We had no children, only each other. But I learned, in the months and years following his death, that everything that had once been important to me, the shreds of my birth family, my friends and my work, no longer mattered. I couldn't "live"; for any of them and I wasn't interested in living for myself. I tried, until every day was more exhausting than the day before and I could barely get out of bed. I found a therapist and assumed that I must be getting better as the months passed, even though I still walked through my days like a robot.

"Four years later I decided it was past time to scatter his ashes, which had been sitting in a box on a bookshelf ever since the week after the funeral. On a sunny summer day I drove north and hiked along the Bruce Trail until I found a high place overlooking Georgian Bay, where we had spent wonderful days hiking, camping, swimming and sailing in our eight years together. I sat down on the rocks with the container of ashes in my lap. A warm wind blew through a forest of green pines, cedars and poplars below me. The water shone blue and restless beyond the trees. I opened the black plastic box. Then I froze.

"What I wanted to do was to strip off my clothes, lie naked on the rocks in the sunshine and upend the box of gritty gray granules over me, inhaling the dust, absorbing the grit. I wanted him, on top of me, inside me, in my hair and eyes and in every sweaty crease in my body. I wanted to roll in what was left of him so thoroughly that his essence could never be washed away. I wept as I hadn't wept in months, convulsed with grief.

"After an hour or so I calmed down enough to tip the ashes into the trees below me. But the moment wasn't the completion I had imagined. It was a marker of how little I had moved on. The ashes were scattered but the grief remained just under the skin of my life.

"Eventually I left my life in Canada and moved to the Findhorn Foundation, a New Age spiritual community in northern Scotland. It's a place where people are open, accepting and compassionate. I lived there for nearly six years, confronting all the feelings that I'd denied most of my life. By the time my visa had ended and I returned to Canada I could feel that the bits of grit from the past that I'd imagined clinging to me forever, had become pearls. The natural kind, lumpy and irregular, but my own. Grief and denial have become acceptance, understanding and maturity. I wear those "pearls";, like a necklace, without regret. I value my life. Grief does change, and we change with it. Now I'm aware of the winter to come and every day feels like autumn, full of colour and light and beauty."