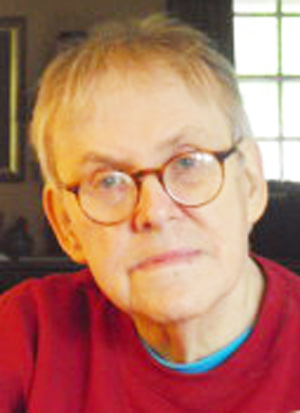 
Born in Burnaby in 1936, Daryl Hine, from New Westminster, began studying classics at McGill University in 1954. He has lived outside of Canada since 1962, teaching comparative literature at the University of Chicago, where he had obtained his Ph.D. Hines was Editor of Poetry (Chicago) from 1968 to 1977, and he received a MacArthur Fellowship in 1986.

Hines published a novel, a travel book and fifteen poetry titles which include The Wooden Horse and Resident Alien. His tenth poetry collection was Selected Poems in 1980. In 2010, his oddly titled book &: A Serial Poem (Fitzhenry & Whiteside) was shortlisted for a Governor General's Award. According to GG publicity materials, "At the centre of this hailstorm of rhyme is a calm - one made of seeming trifles, yet with thinking that is profound. It is a reflection on civilization as a whole, and is the summing up of a life in particular weighed against eternity."

To mark Daryl Hine's passing, The Malahat Review dedicated its Winter 2012 issue to his memory. Five of his last poems were included in this issue that included an excellent email interview by Malahat editor John Barton with Evan Jones, Hine's literary executor. Hine died from an intestinal blockage related to a blood disorder.


Celebrated Canadian poet and translator Daryl Hine has passed away. He died Aug. 20 in his Evanston, Illinois, home, according to a press release from his publisher, Fitzhenry & Whiteside. Hine was 76 years old.

"We're all very sad here - this was sudden,"; says Fitz & Whits publicist Francesco Paonessa. "He was exactly the kind of poet we set out to publish.";

Throughout his career, Hine wrote 17 collections of poetry, three plays, a novel, and a non-fiction book. He translated five books of classic poetry, contributed to The New Yorker, and edited Poetry magazine and The "Poetry"; Anthology: 1917-1977 with Joseph Parisi.

Although Hine had been on the scene since 1955 with the release of his first collection, Five Poems (Emblem Books), he is better known for more recent works, including 2009's Recollected Poems: 1951-2004 and 2010's Governor General's Literary Award-shortlisted &: A Serial Poem, both published by Fitz & Whits.

Hine's final collection, A Reliquary, was completed in June, and is forthcoming from Fitz & Whits in spring 2013.

"A Reliquary is a quieter book than &: A Serial Poem,"; says Evan Jones, Hine's editor for the collection. "Daryl decided early on it would be slim, a collection of lyric poems rather than something grand. There are a number of memorial poems for good friends who had died in the last year.";

Jones says Hine had been in and out of hospital since Christmas, but his health had recently stabilized. He had written to Jones about his plans for another book - a retelling of "The Argonautica"; from the ship's perspective.

"He was a friend. I enjoyed hearing endless stories of poets he'd met and known over the years,"; Jones says, citing Margaret Atwood and James Merrill, among others. He adds he'll miss Hine's W.H. Auden impression the most: "[It] sounded much like his [Robert] Graves impression - a sort of gravelly English lilt in his otherwise purely North American voice.";