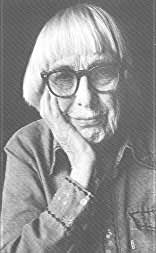 
Born in Fort Gilkicker, Hampshire, England in 1894, Elisabeth Margaret Hopkins was the cousin of the English poet Gerard Manley Hopkins and the granddaughter of the painter Frances Ann Hopkins. Her parents were Manley Ogden Hopkins and Caroline Hume Hopkins (nee Greenfield). She lived in various countries as a child (Bermuda, Malta, France) as well as south Wales and the Isle of Wight because her father was in the army. Having attended Jersey Ladies' College in England, she trained as a nurse at Middlesex Hospital in 1916 and served as a nurse in World War One. After the war she received her training in midwifery in 1921.

Hopkins arrived in Victoria, British Columbia in 1954. She spent her later years on Saltspring Island and Galiano Island where she was known to the locals as "Hoppy." Her delightfully self-illustrated children's book The Painted Cougar (Talonbooks, 1977) was published by David Robinson when she was 83 years old. She was the subject of a 1984 National Film Board documentary film called Hoppy in which she talked and painted her way through an interview at age 88. Her close neighbours on Galiano were Jane Rule and Helen Sonthoff. Hopkins died in 1991. Her papers are stored at UBC Special Collections. There is a plaque marking her grave at the Galiano Island cemetery overlooking Active Pass, not far from where she lived, with an inscription from "GMH" (Gerard Manley Hopkins) saying "What I do is me. For that I came."

Articles: 1 Article for this author
The Painted Cougar (Talon $9.95)
Obit


ELISABETH MARGARET HOPKINS WAS born in England on April 22, 1894. A descendant of the poet Gerard Manley Hopkins, she went to the offices of the Royal Mail Lines in 1954 to enquire about Canada. Told that Victoria was the last port of call, she bought a one-way ticket just prior to her 60th birthday. Trained as a nurse, she worked in the Victoria Veterans' Hospital, then ran an Anglican bookshop. At age 70 she retired to a cottage overlooking Active Pass on Galiano Island. Having painted for pleasure all her life, she began to sell her work at local shows and shops until she was invited to have a one woman show at the Bau-Xi Gallery in Vancouver. Between her 80th and 90th birthdays, she had one woman shows every year in Vancouver and Toronto. "The thing I wish for most," she said at age 83, "is not success for myself. I just wish that many more people will see that old age is a beautiful sunset. I always knew it could be." Encouraged by David Robinson of Talonbooks, she wrote and illustrated a very successful children's book, The Painted Cougar (Talon $9.95) in 1977. The story of Leon, a cougar who goes out into the world to prove himself worthy of the love of another cougar named Lurline, has recently been reprinted. "What I take exception to in children's books nowadays," she said, "is that so many things are so grotesque, so ugly. A deer is a beautiful animal. So why draw it with long, long legs and enormous eyes? "I know that we live in an ugly world and that's why it's sometimes reflected in children's books. But there's a lot. of beauty left in life." Filmmaker and poet Colin Browne made a National Film Board documentary about Elisabeth Hopkins called Hoppy, the name she has been affectionately known by. Elisabeth Hopkins died in April of this year. In lieu of flowers, donations can be sent to the Galiano School Library fund, Galiano, B.C. VON 1PO.