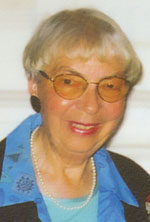 Blanche Howard grew up in Lloydminster and Calgary. She has a Bachelor of Science degree from the University of Alberta. After stints in Toronto and Ottawa, she moved to Penticton in 1948 where she raised three children and became a chartered accountant. In 1973 she moved to North Vancouver and won the Canadian Booksellers Association award for her first novel, The Manipulator, written after her husband became a Member of Parliament in 1968. Following Pretty Lady, a Gothic plot set in North Vancouver with a sober style, and The Immortal Soul of Edwin Carlysle, about 'the perilous border between genius and madness', she and Carol Shields co-wrote a husband-and-wife correspondence novel, A Celibate Season. It was Carol Shield's idea to write a shared novel. Howard was 22 years older than Shields. A theatrical adaptation of the novel was produced in North Vancouver, where she has served on the North Shore Arts Commission.

Following the death of Carol Shields, Blanche Howard and Allison Howard edited A Memoir of Friendship: The Letters Between Carol Shields and Blanche Howard (Viking Canada, 2006), with a foreword by Shields' daughter Anne Giardini. The letters range over a period from 1975 to 2003. They discuss women's lives and the challenges of being an author.

"I think that letters are always fascinating," Howard told Sheryl Mackay of CBC, "like dipping into people's journals. We [Carol and I] became quite friendly in Ottawa. We met at a University Women's book club meeting at Carol's place. I had just had my first novel published and she had just had her first poetry collection accepted. Then she had a manuscript of her first novel published and she contacted me for some advice about the contract. We talked books endlessly. We usually had the same take on things... the only thing we really argued about was commas... Carol was really, really astute when it came to editing."

In Howard's novel Penelope's Way (Coteau, 2000), 70-year-old Penelope enrolls in a Science for Seniors course at a community college and contemplates the nature of time. As she struggles to comprehend a vision she had years ago while vacationing in France, she copes with family problems. Her son, a Unitarian minister, begins to see auras, and her daughter has breast cancer. An old fling dies on her dinner table. Life is frightening and funny at the same time, both horrible and curious.

In 2013, Blanche Howard was selected to write a chapter for a collaborative novel, At The Edge, edited and published by Marjorie Anderson, who, with Carol Shields, co-edited the Dropped Threads series, and co-professor Deborah Schnitzer. Jack Hodgins and Gail Anderson-Dargatz agreed to be the vanguard chapter writers, and calls went out for writers. Sixteen were chosen to write about a dangerous and unguarded construction hole on a university campus into which one person falls. Available at www.unlimitededitions.ca

A Memoir of Friendship: The Letters Between Carol Shields and Blanche Howard (Penguin Canada, 2007).

The Manipulator (McClelland and Stewart, 1972)


"When my seventieth birthday loomed in the near future, I was bemused at how unlikely it seemed to be. I wondered if others had approached the biblical three score and ten with the same wonderment. Certainly some did. "I never knew a man who wasn't surprised by old age,"; Victor Hugo said, and good Queen Bess remarked, "Old age came upon me as a surprise, like a frost.";

"I decided to write a short story about becoming seventy, and Penelope Stevens emerged. In that first story, Chaos, published by Queen's Quarterly, Penelope, at seventy, thinks it is time to contemplate the randomness or otherwise of the universe.

"Once Penelope had, so to speak, materialized, I couldn't shake her off. I decided to incorporate the short stories into a novel. Thank God for small literary presses! Major publishing houses were giving huge advances to very young writers and turning away those of us approaching the fogey stage. Coteau had originally published A Celibate Season, co-authored by Carol Shields and me, (which has become a best seller in a Random House re-issue) and were delighted to accept and publish Penelope's Way.

"I got off to a late start in writing and it seems to me that I have just now attained some mastery over the craft. I'm hoping that Penelope will convince the readers that there is life, and damned interesting life at that, to be experienced after seventy. Even-or especially-for the writer.";
1-55050-173-9