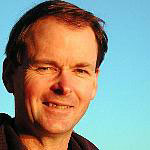 
Born in South Africa, educated at Cambridge University, England (PhD), Rick Hudson of North Saanich is a rockhound who moved to Canada 1978, and to Vancouver Island in 1981. Described as suitable for the 'armchair geologist and the active rockhound', Gold, Gem & Mineral Sites of BC (Harbour, Revised 2005) advises where to find quartz crystals, thundereggs, malachite, garnet, marble and amber. It covers the area from Vancouver to Princeton, Merritt and Cache Creek, and up the coast to Whistler and Texada Island.

A Field Guide to Gemstones of the Pacific Northwest, Harbour Publishing, 2011.