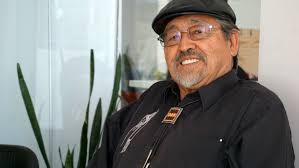 
In 2002, the federal government committed $160 million over 10 years to the preservation of Aboriginal languages and culture. The main Aboriginal organizations in Canada-- the Assembly of First Nations, the Metis National Council and Inuit Tapiriit Kanatami' -- have all developed school immersion projects to preserve and enhance indigenous languages. As a member of the Secwepemc Cultural Education Society, Ron Ignace was chief of the Skeetchestn First Nation, near Kamloops until 2004 when he became head of the Task Force on Aboriginal Languages and Cultures reporting to the federal Heritage Minister. Ignace has co-authored "Traditional Ecological Knowledge and Wisdom of Aboriginal Peoples in British Columbia" (2000) with Nancy J. Turner and Marianne Boelscher, his wife.

Chief Ron Ignace also teamed up with his wife Marianne to produce an authoritative tome on the 10,000-year history of the First Nations people who live in the Interior Plateau of B.C. Secwepemc People, Land, and Laws (McGill-Queen's $39.95) has contributions from ethnobotanist Nancy Turner, archaeologist Mike Rousseau, and geographer Ken Favrholdt that weave together Secwepemc narratives about their ancestors' deeds. Hence the book's stories are filtered through past and present Secwepemc storytellers. The information not only details land stewardship, social order, and spiritual concepts, it relates how the Secwepemc peoples resisted oppression and the theft of their land, and how they fought to retain political autonomy between the mid-1800s and the 1920s.

The Basil Stuart-Stubbs Prize for Outstanding Scholarly Book on British Columbia was established in memory of Basil Stuart-Stubbs, a bibliophile, scholar and librarian who passed away in 2012. The sixth "Bazzie"; was presented to the husband-and-wife team of Marianne Ignace and Ronald E. Ignace for their comprehensive, 588-page study, Secwepemc People, Land, and Laws: Yerí7 re Stsq'ey's-kucw (McGill-Queen's University Press).
Runners-ups were Ben Bradley for British Columbia by the Road: Car Culture and the Making of a Modern Landscape (UBC Press) and the editorial team of Richard J. Hebda, Sheila Greer, and Alexander Mackie for Kwèd?y Dèn Ts'ǿ nch?: Teachings from Long Ago Person Found (Royal BC Museum Press). The winning book has been described as a model for collaborative approaches to Indigenous history, integrating both oral histories and 'western' scholarship. New University Librarian Susan E. Parker announced the doubling of annual prize money to $2,000 due to prize patron Yosef Wosk. The presentation ceremony was held on Thursday, May 31st at 4:00 pm in the Dodson Room of the Barber Learning Centre at UBC in Vancouver.

Chief Ronald E. Ignace is a Secwepemc historian, storyteller, and politician, and adjunct professor at SFU.


In 2000 Chief Ron Ignace addressed the provincial government's Select Standing Committee on Finance and Government Services in Kamloops to describe the scope of the Secwepemc Cultural Education Society:

"It's an honour to meet with you in our homeland, in Shuswap country here. This is a first, that we've had to meet this kind of provincial committee. We're deeply moved by this opportunity. I want to speak about the Secwepemc Cultural Education Society. Our society was put into place through a cultural declaration in 1982, and in 1985 we established the society. The objective of the society was to record, perpetuate and enhance Shuswap history, language and culture and to pull us together so that we can begin reuniting and working together.

"The other objective was to build a museum, which we have. I hope that some of you have the opportunity to come and see our museum. It was to educate our youth and develop a sense of pride and a feeling of dignity in who they are and where they've come from and where we're hoping to go, as well as to be able to educate and reach out to the general public, to let them know that there is an indigenous -- native -- people here that have a living and thriving culture.

"Also, we have other aspects. We have publishing, and we have museum archives. We had the honour of hosting the first Community Archives Week here just recently, through Cathy McGregor. We also have a university program, our Secwepemc Education Institution. It's an institution run by and for native people in partnership with Simon Fraser University. We have over 100 different course offerings. That institution competed against all the universities in Canada a number of years ago and won an award of excellence.

"We have our own archaeological field schools. We have our own certificates in native studies. I know that the college here is trying to get a certificate in native studies. We've been trying to negotiate with them: "Why don't you just access ours to rationalize the resources?" That way we have a certificate and a broad range of courses and language teacher training. We are the only institution that has that type of native language teaching. We work with about seven different languages throughout the province in language fluency, language competency, language teacher training and curriculum development. We've worked with these nations and got their curriculums developed. We've worked with them to get their IRPs, for the first time, recently recognized by the provincial government, so these curriculums can be put in the public schools. Now we're working with the B.C. College of Teachers. We got them to amend their bylaws so that we can have. . . . We've set up a native teacher training program that will have our teachers recognized as bona fide regular teachers in the public school.

"But that's only walking on one leg, so we began walking on the second leg. We have a two-leg strategy -- walking on two legs. We've since, through a partnership with ITAC, launched our own BMW and driven it off the lot -- that is, a building maintenance worker as a trade. It's the first time that a trade in British Columbia has been built, introduced, in the last 50 years. It's the first time in the history of Canada that a native group built, from the ground up, launched and initiated a new trade in this province. So we're working in the area of trades. We have native women in the trades program, which has been a first.

"So we're trying to develop capacity, because we have an abysmal 40 to 60 percent employment rate in our communities. And we need to train our people up in all aspects -- both post-secondary as well as in trades -- to be able to begin managing our affairs. Historically, when our children go away to institutions that are outside of our control, they never come back. They get scooped up by businesses, by high-paying jobs. But when they're trained in our institution, which has a 70 to 80 percent success rate, completion rate, 99 percent of those people that graduate go back and work in our communities. So I think that what we're looking for and hoping to see happen is the recognition that we've long been waiting for, for our cultural society to increase the. . . . We've only got a minimum of 50 FTEs that the province has. . . . We're happy to have gotten that, but we need an increase in our FTEs. We're underfinanced. We were housed in the old residential school, but we've moved into trailers, much like the UCC did years ago -- dingy little trailers.

"But Kamloops Indian band has endowed us with 40 acres of land to build an institution. It's a 99-year lease for $100. So we're looking to build our institution. We're hoping that we're able to get some capital dollars from the provincial government, because what you'll be doing by building this institution is help us to train our own people to become successful and productive members of our community and thereby of the community at large.

"We did a survey a number of years ago, and native people contribute about $100 million annually into Kamloops as a centre. But we get very few services, very little recognition, for that. So we're hoping that we will be able to increase our FTEs. We're hoping to be able to get some capital dollars to build our new institution. It's a great opportunity for us to move into this new era and this new millennium."