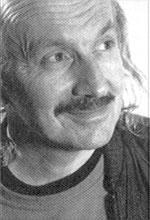 
Patrick Jamieson, the founding editor of Island Catholic News, has written In the Avant Garde: The Prophetic Catholicism of Remi De Roo and Politics Within the Catholic Church (Ekstasis/Samarhan Press 2002, 250-920-0233, $34.95). During the 37 years that Remi De Roo was Bishop of the Roman Catholic diocese of Victoria, he was much in the news as a proponent for liberal values and change. He criticized capitalism for failing to adequately care for the disadvantaged, he chaired the B.C. Human Rights Commission and he became the longest-serving Catholic bishop in Canada. Financial irregularities that came to light after his retirement demoted him in the public eye. "I don't believe Remi is done,"; says Jamieson. 1-894800-02-8

Jamieson is also the author of a collection of poems, The Gray Door (Ekstasis 2004, $17.95), that reflects a secular Catholic spirituality. Many of the poems have arisen from the ashes of a failed marriage. Written mostly while Jamieson was living in Cape Breton and Sydney, Nova Scotia for four years, The Gray Door takes its title from Jamieson's view from a Sydney kitchen table. He continually gazed at a gray garage door at the rear of Sydney Millworks Ltd. "The purposes of the building must have changed because the door now faced onto a grassy fenced-in area; and I never saw it open." Born in Vancouver in 1947, Jamieson was raised in a military family of six children. He was appointed the first lay editor of the Prairie Messenger in 1981. He returned to the West Coast in 1986 and lives in Victoria.