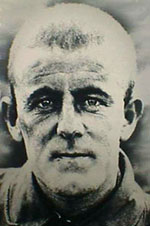 
Sometimes called Canada's most distinguished pioneer anthropologist, Diamond Jenness spent four weeks visiting Sekani settlements near the Hudson's Bay Company trading posts of Fort McLeod, on McLeod Lake, and Fort Grahame, on Finlay River, in 1924, resulting in The Sekani Indians of British Columbia (1937). He also studied the Saanich Indians of Vancouver Island during the 1930s and later published The Carrier Indians of the Bulkley River (1943).

In 1936, Diamond Jenness visited the Fraser Valley community of Katzie where he interviewed Old Pierre, a medicine man aged approximately 75 years, who shared some of the stories and legends of his people. These were transcribed in The Faith of a Coast Salish Indian (1955), edited by Wilson Duff. According to the Katzie First Nation in Pitt Meadows, Peter ("Old";) Pierre had been chosen among those of his generation to carry a variety of traditional responsibilities. "His training began at the age of three; by the time he was eight years old, he was deemed ready to begin his training in the skills of a medicine-person and in the skills necessary to maintain the oral history of the Katzie people. His education began under the guidance of three elders that his mother had hired for this purpose. By the time he was fourteen years old, Peter Pierre was already a practicing medicine person. Throughout his life, he continued in his vocation, administering to the sick among the Coast Salish tribes, as far away as Cowichan. Peter's son Simon acted as an interpreter for his father in his work."; Simon Pierre later travelled to London to serve as interpreter for a delegation of chiefs eager to resolve land rights issues and he was prominent in efforts to repeal federal laws prohibiting the potlatch. As of 1952, Simon Pierre formed an alliance with anthropologist Wayne Suttles, echoing the relationship that his father had had with Diamond Jenness, to generate a written record of Katzie traditions and beliefs. Their collaboration called Katzie Ethnographic Notes was published in conjunction with a reprint of Jenness' The Faith of a Coast Salish Indian.

Born in Wellington, New Zealand, on February 10, 1886, he graduated with an M.A. from Victoria University College in Wellington in 1908, then studied anthropology at Balliol College, Oxford University, in England where he earned his Honours B.A. in 1911 and an M.A. in 1916. One of his classmates in 1910 was Marius Barbeau, who became Canada's most famous ethnologist and folklorist. Jenness first came to Canada in 1913, having previously led an Oxford expedition to New Guinea to study the d'Entrecasteaux Islanders, an adventure that resulted in The Northern D'Entrecasteaux, published from Oxford, England in 1920. In Canada Jenness joined an ill-fated Arctic expedition led by Vilhjalmur Stefansson which lost its flagship, Karluk, and resulted in the death of anthropologist Henri Bouchat. Upon learning that England and Canada were at war in 1916, Jenness immediately joined the Canadian army as a field artillery gunner. He became a Canadian citizen after the war, married Frances Bleakney and commenced his employment with the National Museum of Canada.

Diamond Jenness recorded hundreds of Inuit drum dance songs on wax cylinders during his expeditions through northern Alaska and Canada. He became chief of the anthropology division in 1926 and remained in that job until his retirement in 1948. He became president of the Society for American Archaeology in 1937 and president of the American Anthropological Association in 1939. During World War II he was Deputy Director of Intelligence for the Royal Canadian Air Force, then Chief of the Inter-Service Topographical Section of the Department of National Defence. The Smithsonian Institute published his paper on Canada's Indian Problems in 1943. Diamond Jenness received six honorary doctoral degrees and died in Ottawa on November 29, 1969. His study called The Indians of Canada (1932) has been printed at least nine times and The People of the Twilight (1928) has been reprinted at least seven times.

Reviews of the author's work by BC Studies:
Three Athapaskan Ethnographies: Diamond Jenness on the Sekani, Tsuu T'ina and Wet'suwet'en, 1921-1924

Articles: 1 Article for this author
The W?SÁNE? and Their Neighbours
Review 2017


The W?SÁNE? and Their Neighbours: Diamond Jenness on the Coast Salish of Vancouver Island, 1935

by Diamond Jenness. Edited and with an introduction by Barnett Richling

The overlooked ethnographic work of New Zealand-born Diamond Jenness (1886-1969) has been finding its way into print in recent years thanks to Barnett Richling, an anthropologist at the University of Winnipeg.

Richling's In Twilight and in Dawn: A Biography of Diamond Jenness was published by McGill-Queen's University Press in 2012, followed by Three Athapaskan Ethnographies: Diamond Jenness on the Sekani, Tsuu T'ina and Wet'suwet'en, 1921-1924 (Rock's Mills Press, 2015).

Now Richling has turned to Jenness's unpublished work in 1934 and 1935 among the Saanich people (W?SÁNE?) of southern Vancouver Island and adjacent Gulf Islands, completed for what was then the National Museum in Ottawa.

Reviewer Chris Arnett commends Richling's welcome efforts while flagging a few books about the W?SÁNE? that might have enriched The W?SÁNE? and Their Neighbours: Diamond Jenness on the Coast Salish of Vancouver Island, 1935. - Ed.

For over seventy years an important unfinished ethnographic manuscript and a stack of typed and handwritten field notes, recording the work of anthropologist Diamond Jenness with knowledgeable Coast Salish elders, languished in obscurity known only to a few specialists.

Following his field work on the Saanich Peninsula, the east coast of Vancouver Island, and the Fraser Valley in 1934 and 1935, Jenness began writing. He completed nine of his sixteen planned chapters before other interests intervened.

Now, thanks to the work of editor Barnett Richling and Rock's Mills Press, Jenness's manuscript, with additional material gleaned from his field notes, is made available to a wider audience in The W?SÁNE? and Their Neighbours: Diamond Jenness on the Coast Salish of Vancouver Island, 1935.

As Richling writes in his preface, readers will discover "its author's twin penchants for favouring description over analysis and plain language over jargon,"; the result being "an account that deftly straddles the boundary between ethnography and oral history"; (p. vii).

The book is divided into two parts. Part 1 reproduces the first nine chapters of Jenness's original manuscript, "The Saanich Indians of Vancouver Island,"; with three final chapters prepared by Richling from the notes Jenness had arranged by subject matter. Richling has not rewritten Jenness, as he explains: "these are basically from his pen as well, my job being less one of writing than of assembling each chapter using unabridged (or lightly edited) passages in these notes"; (p. viii).

Part 2 consists of 45 narratives by Coast Salish elders from Saanich, Cowichan, and Katzie communities. Many of these priceless Origin Stories (sxwi'em), hitherto unknown outside oral traditions.

Jenness was a traditional and perceptive anthropologist. He followed the "cook book"; style of his contemporaries (i.e., cultural description using subject headings such as fishing, clothing, childhood, dwellings, guardian spirits, etc), but he was also very interested in the non-material universe of myth and local history.

These detailed and fascinating accounts will significantly enrich the reader's knowledge of the Indigenous history and culture of southern Vancouver Island and the Gulf Islands.

While a most welcome volume in the field of Coast Salish studies, The W?SÁNE? and Their Neighbours also represents something of a lost opportunity. There is no attempt to engage with the descendant community, which is not surprising given that the editor, while an anthropologist, is not a Coast Salish specialist. Richling's purpose was instead to complete the manuscript Jenness left unfinished as a tribute to a man whose "life and career have engaged my scholarly interest since the late 80s"; (ix).

The distant relationship of the editor is also reflected in the absence of local geographical references in the index. Salt Spring Island is mentioned five times in the text but does not appear in the index. Simon Fraser gets a nod but not the Fraser River. Similarly, other landmarks (Point Roberts, Mayne Island, Pender Island, Tsartlip, Koksilah, Sooke, etc) and names -- Albert Wesley, Jimmy Fraser, the various guardian spirits, etc. -- while mentioned throughout the text, are not indexed. More familiarity or attention with the local cultural and historical context would have enhanced the work.

Those familiar with Jenness's original 330 pages of notes will recognize the substantial amount of interesting material that was not included in The W?SÁNE? and Their Neighbours. Much of this information consists of historical and site-specific accounts of stl'eluqum (dangerous fierce, powerful beings) and famous Indigenous leaders such as Tzouhalem that are found nowhere else.

I was excited when I heard that Jenness's 1934-35 fieldwork was being published, but I am a little disappointed that it was not complete. But this was not the intent of this book. It was to bring to light the invaluable work of a professional who recorded data from knowledgeable people confident in who they were and willing to share what they knew.

Chris Arnett is an author, artist, archaeologist, musician, historian, and heritage consultant who lives on Salt Spring Island and in the Vancouver area, where he is currently a sessional instructor in the Department of Anthropology at UBC. His parents, grandparents, and great grandparents instilled in him a keen interest in North American history and in the people and culture of his ancestral homelands of New Zealand, Cornwall, and Norway. He continues his ongoing self-directed and institutional ethnographic, archaeological, and sometimes musical research in British Columbia.