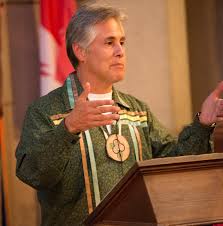 John Borrows of the Chippewas of Nawash First Nation became the Law Foundation Chair in Aboriginal Justice at the University of Victoria Faculty of Law in 2001. As Canada Research Chair in Indigenous Law at the University of Victoria classroom, John Borrows and fellow professor Val Napoleon co-founded a unique four-year law education program that confers an Indigenous law degree, touted as the world’s first. Students who graduate will qualify to practise both Canadian common law, or Juris Doctor, and Indigenous law, Juris Indigenarum Doctor. In November of 2018, there were 26 inaugural students.

Borrows was raised near the Cape Croker Indian Reserve on Georgian Bay, Ontario and his great-great-grandfather was signatory to a 1.5-million acre treaty with the Crown. Borrows attended University of Toronto, studying history and politics, before gaining a Ph.D. at Osgoode Hall Law School. Dubbed "Canada’s pre-eminent scholar of Indigenous and Aboriginal law” by Dalhousie University when he received an honorary doctorate there, Borrows, at 55, won the the Canada Council for the Arts’ Killam Prize in Social Sciences.

He is the author of Recovering Canada: The Resurgence of Indigenous Law (2002), for which he won the Donald Smiley Award for the best book in Canadian Political Science, as well as Aboriginal Law: Cases, Materials and Commentary (1998). Borrows was the first academic Director of First Nations Legal Studies at the University of British Columbia and he founded the Intensive Program in Lands, Resources and First Nations Governments at Osgoode Hall Law School. He has taught more than 400 Aboriginal law students and helped initiate the June Callwood Program in Aboriginal Law at the University of Toronto. He received a National Aboriginal Achievement Award in the category of Law and Justice in 2002.

Some early articles by Borrows prior to 2003:

"Because it Does Not Make Sense...": An Analysis of Delgamuukw v. The Queen", Osgoode Hall Law Journal
"Landed Citizenship: Narratives of Aboriginal Political Participation" Will Kymlicka, ed., Citizenship (Oxford University Press)
"The Supreme Court, Citizenship and the Canadian Community: Judgments of Justice G.V. La Forest", Wade MacLachlan et al. eds., Gérard V. La Forest at the Supreme Court of Canada, 1985-1997 (The Supreme Court of Canada Historical Society, 2000).
"Reliving the Present: Title, Treaties and the Trickster in British Columbia", (1998) B.C. Studies 99.
"Frozen Rights in Canada: Constitutional Interpretation and the Trickster", (1998) 22 American Indian Law Review 37.
"Living Between Water and Rocks: First Nations, the Environment and Democracy", (1997) 47(3) University of Toronto Law Journal 417.
"The Sui Generis Nature of Aboriginal Rights: Does it Make a Difference?", (1997) 35 University of Alberta Law Review (with Len Rotman).
"The Trickster: Integral to a Distinctive Culture", (1997) Constitutional Forum 29 - 38.
"Wampum at Niagara: First Nations Self-Government and the Royal Proclamation" Aboriginal and Treaty Rights in Canada (UBC Press, 1999).
"Traditional Contemporary Equality: The Impact of the Charter on First Nations Politics", Charting the Consequences: The Impact of the Charter of Rights on Law and Politics in Canada (U. of T. Press, 1997).
"Incremental Planning and the Ontario Municipal Board", (1996) 10 Canadian Journal of Administrative Law and Practice.
"With or Without You: First Nations' Law (in Canada)", (1996) McGill Law Journal 630 - 665.
"Fish and Chips: Aboriginal Fishing and Gambling Rights in the Supreme Court of Canada", (1996) 50 Criminal Reports 230 - 244.

The Resurgence of Indigenous Law (University of Toronto Press, 2002)

The Right Relationship: Re-imagining the Implementation of Historical Treaties (U of Toronto Press 2017) Edited by John Burrows and Michael Coyle $85 978-1-4426-3021-5 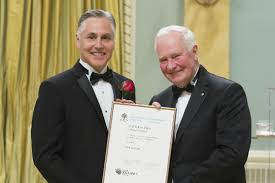