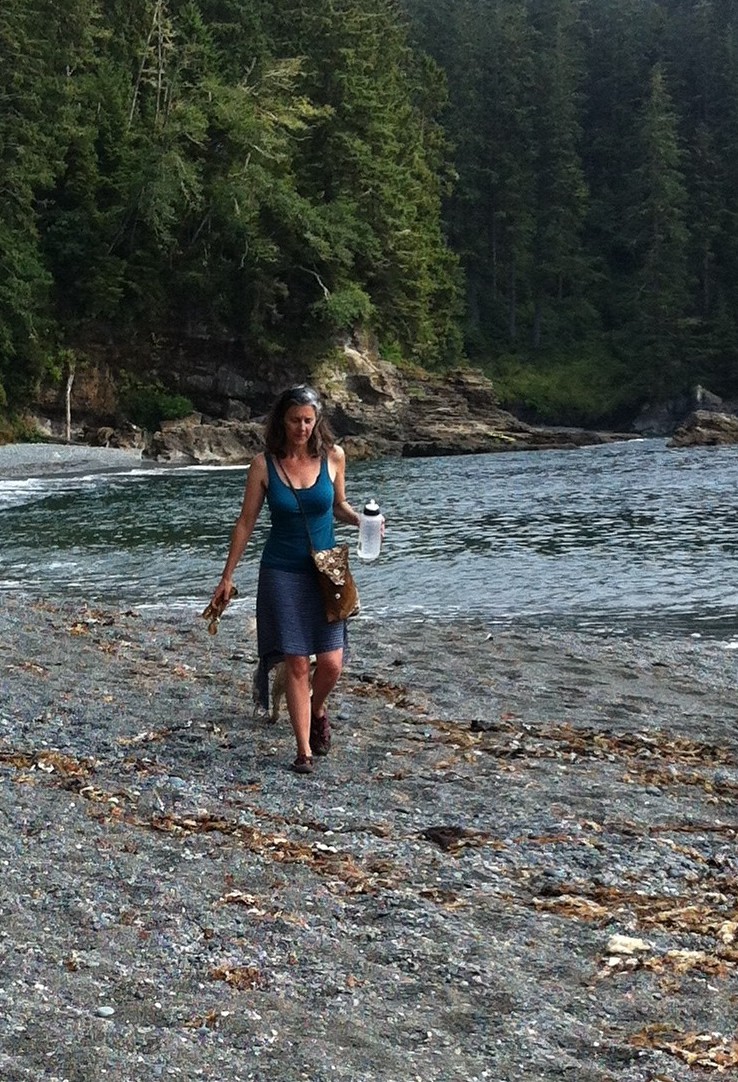 It was impossible for Kari Jones to imagine at age eleven, when her family took up residence at this address, that her African adventures would one day connect her with Canadian literary giants Margaret Laurence and Audrey Thomas. In preparation for her father's stint as head of the Canadian High Commission in 1979, Jones' parents had prepared her to encounter the heat, strange food, electricity outages, limited access to clean drinking water and even the threat of disease. But not an attempted military coup and the threat of civil war. Friends at school with pet pythons were one thing; walking home in streets filled with fearsome soldiers was quite another. In Jones' juvenile novel, So Much For Democracy (Orca 2013), an increasingly house-bound teenage protagonist must learn, first and foremost, to cope with the stifling protectiveness of her mother.

ENTRY: Rather than exploit the exoticism of Africa for her story, So Much For Democracy, Kari Jones opted to concentrate on evoking the growing tensions within a family, as witnessed exclusively through the eyes of a young teen, twelve-year-old Astrid.

"I tried to write the story from the perspective of a young girl who would only ever get snippets of what was going on-she could see that her own life was being changed but not have a broad perspective on why-that was certainly my own experience.

"I had been there, seen what happened,"; says Jones, "but never understood why it had happened, and I thought what better way to learn about why there was a coup than by writing a book about it.

We learn precious little about an abortive coup in May of 1979, or the bloody coup in June by the Armed Forces Revolutionary Council. Instead the story describes how freedom at home is jeopardized in face of a political emergency.

The mother's fears for the safety of her three children are galvanized on a continuous basis after Astrid's younger brother Gordo catches malaria and her baby sister briefly goes missing. Her brother remains benignly immune to the crisis.

As a young wife, Margaret Laurence followed her husband Jack, an engineer, to live in the African colonies of British Somaliland (1950-1952) and Gold Coast (1952-1957), where her son was born in 1955. During her subsequent four years in Vancouver from 1958 to 1962, struggling as a single mother at 3556 West 21st Avenue, Margaret Laurence revised her first novel, This Side Jordan, set in Gold Coast, with assistance from her friend Gordon Elliott, and she also wrote many of the African short stories that are contained in her debut story collection, The Tomorrow Tamer. Gold Coast became Ghana in 1958.

As a young wife, Audrey Thomas also followed her husband to Ghana where they lived from 1964 to 1966. There she wrote her first published story, "If One Green Bottle..."; describing a confinement and miscarriage in a Ghana hospital. It won an award for debut fiction from the Atlantic Monthly and served as the basis for her first novel Mrs. Blood (1970). Later her Blown Figures (1974), set in Ghana, reputedly uses Africa as a metaphor for the unconscious.

During a vacation in 1965, Thomas and her husband visited the remains of the Elmira and Cape Coast Castle slave-supply hubs, now both World Heritage Sites. There she saw the graves of the Cape Coast Castle manager George Maclean and his bride Letitia Landon, formerly a respected English author before her mysterious death. Thomas has brilliantly imagined the life of the transplanted authoress from 1836 to late 1838, in both London and at Cape Coast, for a superb but largely unnoticed novel, Local Customs (Dundurn $16.99).

As the homeland of her father, Ghana also figures into Esi Edugyan's 48-page Dreaming of Elsewhere: Observations on Home (University of Alberta $10.95), derived from the Henry Kreisel Lecture Series. "Home, for me, was not a birthright,"; she writes, "but an invention.";

Shimmy (Orca $9.95) is about Lila, who loves to belly dance. But when she joins a new and prestigious dance studio, where the standards are higher, things don't turn out how she expected. She misses the less competitive atmosphere of her former troupe.

Kari Jones' tale of West Coast surfing, alcohol abuse and teen angst, At the Edge of the World (Orca 2016) is also about a deep friendship that becomes burdened by a secret. Maddie and Ivan are long-time friends but as Ivan's life goes seriously awry, she has to make a decision as to whether or not she tells Ivan's biggest secret in order to possibly save his life. By letting others know what is going on in Ivan's family, she will be betraying his trust.