In 2018, former associate professor at Royal Roads University, Bob Joseph described the draconian and oppressive effects of the Indian Act since its creation in 1876 with 21 Things You May Not Know About The Indian Act: Helping Canadians Make Reconciliation with Indigenous Peoples a Reality (Indigenous Relations Press $19.95) outlining such prohibitions as entry into pool halls or soliciting funds for Indians to hire legal counsel.

Joseph is founder of Indigenous Corporate Training Inc. and a member of the Gwawaenuk Nation. Also known as, Gwawa_enux_w, the Gwawaenuk Tribe is a First Nations band government of the Kwakwaka'wakw people located in the Queen Charlotte Strait region of the Central Coast region of British Columbia, Canada. The Gwawaenuk Tribe is described as an off-grid, water access-only community. Its main community is known as Hopetown, located at on the south coast of Watson Island in Grapler Sound. 978-0-9952665-2-0 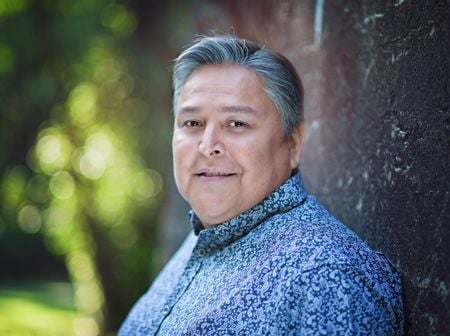 21 Things You May Not Know About the Indian Act: Helping Canadians Make Reconciliation with Indigenous Peoples a Reality by Bob Joseph (Raincoast Books $19.95)

In my wallet is a piece of plastic issued by the federal government that clearly identifies me as “an Indian within meaning of the Indian Act, chapter 27, Statutes of Canada (1985).” It reflects that I have 6(1)(a) status and my status number is 609XXXXXXX.

To someone familiar with the Act, and Indian status in particular, I just told you how I got status (technically no one is born with status) and what region and First Nation I am from. To someone uninitiated with the Indian Act, what I said makes little sense.

Bob Joseph’s 21 Things You May Not Know About the Indian Act aims to rectify the latter situation. Joseph simply wants to tell non-Indigenous Canadians why the Indian Act doesn’t work—and he delivers, in 21 ways.

The Indian Act has come to symbolize many things to many different people, with some Canadians ruled by it and other Canadians unaware of its existence or what it means. First passed in 1876, it consolidated previous pieces of colonial (pre-Confederation) legislation that formed the nucleus of Canadian Aboriginal policy. Numerous amendments have followed, with the most recent ones made on December 22, 2017 to try to remove sexism from the laws that determine who can get status.

Simply repealing the act is problematic, as was revealed in 1969 when Prime Minister Pierre Trudeau and his Minister of Indian Affairs, Jean Chrétien, proposed to do so. They ran into the complexity of the things the Act legitimized and with which it was associated. I say legitimized rather than created because treaties, for example, predate the Indian Act and do not need the Act to exist or provide legal weight to them.

A hereditary chief of the Gwawaenuk Nation, part of the larger Kwakwaka’wakw Nation, Joseph is the founder and president of ITCINC blog, a major source of information for the public about Indigenous topics. In fact, the title and use of a list of “top” 21 items reveal the online origin of Joseph’s book.

Joseph wrote this book in an approachable, accessible manner for readers with little to no understanding of the Indigenous situation in Canada; and the structure of 21 Things is suited to its intended audience. Joseph begins by briefly explaining the Indian Act is, followed by 21 outrageous and unbelievable aspects of it.

His conclusion, that the Act should be replaced by Indigenous self-government, should come as no surprise. 9780995266520

A member of the Tsay Keh Dene First Nation in British Columbia, Dr. Daniel Sims is assistant professor in History and Indigenous Studies at the University of Alberta’s Augustana Campus.