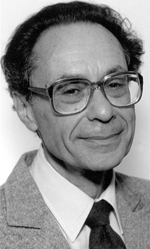 
Among Eugene Kaellis' approximately 21 self-published books was a novel, Making Jews (Lulu 2008). Synopsis: "Dr. Aaron Velinsky realizes that the future of world Jewry is in danger of extinction, largely because of assimilation and a declining birth rate. He concludes that the only feasible means of sustaining Jewry and Judaism, which he considers very important to the world, is by converting non-Jews to Judaism. The Return Movement he starts is, in spite of widespread Rabbinic opposition, significantly successful, but a shocking event leaves him disconsolate and convinced his efforts were mistaken. Davida, the young, dynamic leader of the Movement, challenges his despair and vows to continue the struggle."

Born in New York City, Kaellis and his wife, Rhoda, came to Western Canada in 1967. They lived in Burnaby and New Westminster. In Burnaby he and Rhoda Kaellis co-wrote an advice column for seniors, Primetime, and co-authored Satisfy: A Relationship Repair Manual (Braemar, 1985). He followed a book on theology (Mellen, 1987) with tales and fables for adults in Can Cats Purr in Urdu? (Next Century Books / Soules).

A chemist and a dentist, Eugene Kaellis earned his Master's and Doctorate degrees in biology and became a research scientist for a large pharmaceutical corporation. He left the United States and became an Associate Professor at the University of Saskatchewan, where he received two National Research Council of Canada grants. He was a featured speaker at the seventieth anniversary celebration of the founding of the College of Medicine of the University of Mexico and he received the 2008 Simon Rockower Award for feature writing in the Canadian newspaper, Jewish Independent.