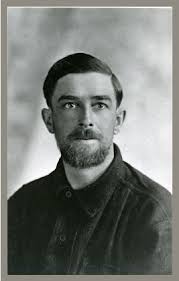 Whenever he made a new summit, Conrad Kain built a rock cairn to mark his ascent of an unclimbed mountain. He made 62 first ascents in Canada; 29 in New Zealand and three in Corsica. In his autobiography, Where the Clouds Can Go, Austrian-born Conrad Kain (1883-1934) provides accounts of his mountaineering feats in the Alps, New Zealand and Canada, including first ascents of Mts. Robson, Resplendent, Howser Spire, Bugaboo Spire, Whitehorn, North Twin, King Edward, Saskatchewan, Louis, Farnham, Hooker, Oates, Simon, and Des Poilus.

Kain's famous ascent of Mt. Robson (3954 metres), undertaken in 1913 with Albert MacCarthy and William Foster, is sometimes considered the second successful ascent of the mountain. In his account of his ascent of Mt. Robson, Kain writes, "Mt. Robson is one of the most beautiful mountains in the Rockies and certainly the most difficult one. In all my mountaineering in various countries, I have climbed only a few mountains that were hemmed in with more difficulties. Mr. Robson is one of the most dangerous expeditions I have made. The dangers consist in snow and ice, stone avalanches and treacherous weather. Ever since I came to Canada and the Rockies, it was my constant wish to climb the highest peak."

Born in Nasswald, Austria on August 10, 1883, Conrad Kain first came to Canada in 1909. According to mountaineer, author and photographer Pat Morrow, Conrad Kain's accomplishments in the mountains of Canada are on par with mapmaker David Thompson's explorations on the rivers, foothills and prairies. "Kain not only established more routes on difficult peaks than all seven CPR Swiss guides combined," says Morrow, "but he is the only pioneer mountaineer to write about it, and he did so eloquently. He led West Coast belle Phyllis Munday to become the first woman on the top of Robson, and he led Surveyor General of Canada, A.O. Wheeler, on dozens of first ascents for the boundary survey."

In 1913, while participating in an expedition to map the boundary between Alberta and British Columbia, Conrad Kain wrote, "Life is so short, and I think one should make a good time of it if one can. The only thing I enjoy now is Nature, especially spring in the mountains, and letters from friends. Sometimes I think I have seen too much for a poor man. There are things that make a man unhappy if he sees the wrongs and can't change them."

Kain eventually settled in Wilmer at the foot of his beloved Bugaboos and died at age fifty on February 2, 1934, in Cranbrook, after climbing Mount Louis. His grave marker reads, "A mountain guide of rare spirit." J. Monroe Thorington named Mount Kain in Conrad's honour in 1934. The Conrad Kain Centennial Society organized events to honour him in the East Kootenays in 2013.