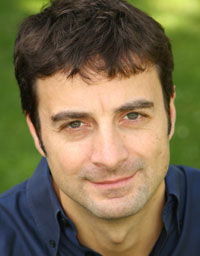 
The son of two doctors, Vancouver-born Daniel Kalla is a third-generation physician who is also married to a pediatrician. He practices as an emergency physician in Vancouver when he is not writing medical bestsellers. His grandfather was a Jewish family doctor from Prague who left Czechoslovakia, with family in tow, weeks before the Nazis arrived. Daniel's father, a surgeon, spent much of his teen years evading fascists and Nazis in Budapest, and fled the Soviets during the Hungarian Revolution. Several of Kalla’s medical suspense novels have been optioned for films.

Part love story, part medical drama, and part wartime saga, Daniel Kalla's seventh novel The Far Side of the Sky (HarperCollins 2011) begins with Kristallnacht in Austria in Austria. A secular Jewish surgeon flees the Nazis with his daughter to operate a refugee hospital in Shanghai where he falls in love with an enigmatic nurse, Soon Yi "Sunny" Mah. The story marks the start of a trilogy about German and Austrians Jews in Shanghai.

Rising Sun, Falling Shadow (2013) continues the story of Dr. Franz and Soon Yi (Sunny) Adler through 1943, the bleakest year of the war in Shanghai, when Allied citizens were interned and tens of thousands of German Jews were crammed into a ghetto already teeming with impoverished locals. The Adlers risk their lives to support the cause of the Chinese Resistance while staring down a threat from local Nazis. The story delves into both heroism and the treachery that can result when ordinary people find themselves facing extraordinary dangers.

Nightfall over Shanghai (2015) completes his Shanghai trilogy, opening in 1994 as the Japanese are losing the war. Dr. Adler and his daughter, Hannah, are imprisoned in the Shanghai Ghetto with other Jews. He is forced to perform surgery for his Japanese captors while his beloved Eurasian wife delivers an unwanted baby that she decides they must raise. They also become involved in the Zionist movement to create a Jewish homeland. In 1945, American B-52s begin strategic bombing raids on Shanghai.

Kalla received his B.Sc. in mathematics and his MD from the University of British Columbia. He is a former department head of Emergency Medicine at Mt. St. Joseph's and St. Paul's Hospital and Vancouver. In 2010 he was a clinical associate professor of Medicine at the University of British Columbia. Several of his medical suspense novels have been optioned for films.

For his first novel Pandemic (New York: TOR, $10.99), as a St. Paul's Hospital physician Dan Kalla concocted a mass market thriller in which terrorists use a virus to generate a new pandemic. The hero, Dr. Noah Haldane, knows humanity is due for a new killer flu like the one in 1919. He discovers Acute Respiratory Collapse Syndrome is killing one in every four people who contract it. Kalla, at 38 at the time of publication, saw one of Vancouver's only confirmed SARS cases in an emergency ward in March of 2003. He later sat on a SARS task force, giving rise to this first novel, for which he has written a screenplay adaptation, optioned by Illusions Entertainment.

As a follow-up to both Pandemic and Resistance, Kalla's Rage Therapy (Tor $29.95) is a psychological whodunit about the brutal murder of a Seattle psychiatrist who specialized in anger management. A young widowed forensic psychiatrist named Dr. Joel Ashman investigates the fatal beating of his mentor, Stanley Kolberg, as well as the suicide of a young patient, Angela Connor, a year apart. Then a second psychiatrist is murdered. Including a subplot that detours into the sub-culture of S&M, Rage Therapy explores doctor/patient sexual abuse from the twin points of view of the patient and a psychiatrist who is simultaneously appalled by his patient's behaviour. "Pooled studies from the past twenty-five years," says Kalla, "suggest that four percent of all therapists report having engaged in sexual contact with their patients during the course of therapy.... The rates of depression, anger, sexual dysfunction and suicide are considerably higher in such patients compared to those who did not have sexual contact with their therapist."

Kalla's sixth book, Of Flesh and Blood, features two multi-generational families involved in the management of the fictional Alfredson Medical Center--described by Kalla on his website as "a non-profit "West Coast Mayo Clinic"; with a heart and soul--located outside Seattle, founded in the 19th century by Marshall Alfredson and Evan McGrath. Medicine runs in Kalla's family, and that's the context for this novel. Physicians from the clinic's two founding families struggle with personal, medical and administrative challenges-including a super-bug infection. According to promotional literature, "The hospital has relied on the founders' families ever since, and it's now approaching a crucial crossroads. William McGrath, the hospital's CEO, must battle a nasty infection rampaging through the wards. His cardiologist daughter, Erin, struggles to keep a traumatic experience from affecting her job. Her oncologist brother, Tyler, faces a malpractice suit after a risky procedure goes awry, and Tyler's medical researcher wife, Jill, discovers irregularities in her potentially groundbreaking study data that might spell the end of her academic career." This novel, Kalla says, is "nearest and dearest to my heart."

Kalla's books have been translated into at least ten languages, quickly making him one of B.C.'s most hottest literary commodities. 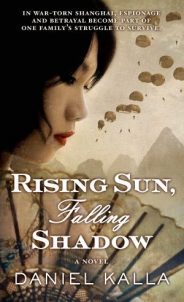 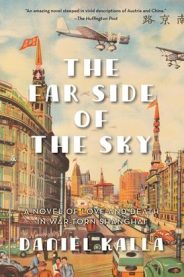 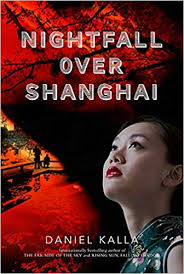 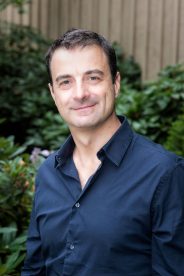 
Once it seemed as though penicillin and other antibiotics had won humanity a lasting victory over harmful bacteria. But now hardier bugs, resistant to most common classes of antibiotics, are emerging-with potentially catastrophic consequences.

This is the frightening, all-too-plausible, premise of bestselling author Daniel Kalla's latest thriller, RESISTANCE (A Tor mass market original; $10.99; May 2, 2006.) An Emergency Room physician, Dr. Kalla knows first-hand the dangers of antibiotic resistance, and by weaving scientific facts with unforgettable characters and a taut storyline, he brings to life an extraordinary thriller that will have readers washing their hands diligently-and lying awake far into the night.

Daniel Kalla burst onto the literary scene in 2005 with Pandemic (Tor mm 2005), a chilling novel that sprang from his experience with a potential SARS epidemic that threatened Vancouver, Canada in 2003. It received wide praise from critics and colleagues alike, and became a national bestseller. Now, Daniel Kalla explores the very real world of superbugs, unethical pharmaceutical companies, and antibiotic resistance in his latest entertaining, and utterly thought-provoking, thriller.

When Dr. Catalina Lopez of the Center for Disease Control first receives a report of a lethal new superbug immune to all known antibiotics, she realizes that she has a major health crisis on her hands. An ultra-resistant form of group A strep is spreading like wildfire throughout hospitals and emergency rooms in Seattle and the Pacific Northwest. Doctors, lacking any effective way to combat the infection, can do nothing but stand by and watch their patients die, one after another.

Dr. Graham Kilburn, an infectious disease specialist in Vancouver, is one such doctor. Desperate to contain the spread of the new superbug, he joins forces with Lina as they try to find some way to halt the growing epidemic.

Meanwhile in Portland, a homicide cop's investigation into a double murder leads him to suspect that someone might be deliberately spreading drugs tainted with a killer germ, while in Philadelphia, a young scientist's dreams are threatened when potentially devastating side effects arise during the testing of her new ultra-effective antibiotic.

This new superbug-and its only antidote-thrusts the four individuals into a deadly game of cat and mouse, as each begins to understand that man, not nature, has created this deadly resistance. But what they don't realize is that shadowy forces are conspiring to spread the disease on purpose...and they will stop at nothing to avoid exposure.