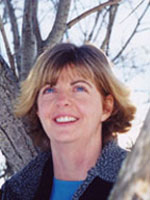 
Donna Kane lives a few miles northeast of Dawson Creek, in Rolla. Her poetry has appeared in journals across Canada. She first began organizing literary events in her community in 1999, often at the Dawson Creek Art Gallery. She subsequently became Executive Director of the Peace Liard Regional Arts Council. 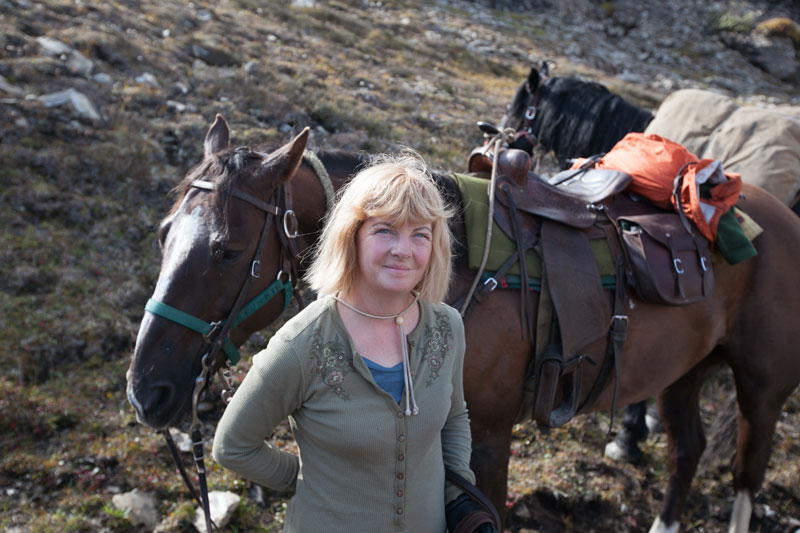 In her memoir, Summer of the Horse (Harbour 2018), Donna Kane describes leaving a twenty-five-year marriage to be with a wilderness guide, Wayne Sawchuk, who is confident in nature. Expecting to depart with him on a three-month horse-packing expedition, her plans are kiboshed by a serious injury to a gelding that requires her to stay home and attend to the horse's recovery. As a novice horsewoman, she eventually describes her inaugural trail ride into an area dubbed the "Serengeti of the North, " the Muskwa-Kechika protected area. With honesty and humility, she describes finding her place in the world and rethinking her assumptions about the wild far north. Her soul-searching non-fiction story will particularly appeal to readers with an abiding interest in either horses or ecology.

In her third collection of poems, Orrery (Harbour $18.95) Donna Kane explores ideas of consciousness, transformation and space travel through the theme of Pioneer 10, an American space probe launched in 1972 to study Jupiter’s moons. The probe was retired in 2003 when it was hurled away from the solar system. (Orrery is the word for a mechanical model of the solar system, or of just the sun, earth, and moon, used to represent their relative positions and motions.)

Articles: 1 Article for this author
Geography is not destiny
Personal Essay (2007)


You won't see her activities covered on Bravo TV or mentioned in Quill & Quire, but for ten years Donna Kane has organized writing retreats, festivals and writer-in-residence programs throughout the Peace River region. Recently she worked with the City of Dawson Creek to name a street after singer/songwriter Roy Forbes. Her new book of poetry is Erratic (Hagios Press $16.95). 978-0-9739727-9-5

Some say the internet is a third culture. Whether you live in the "boonies"; or in the city, where you eat breakfast dissolves the instant you log on.

A writer in Rolla, up here in the Peace River country, can be in the same space as a writer on Queen Street-both equally "there";-just like that.

Sometimes I do catch myself thinking about what it might be like to be a writer living in Toronto, perhaps drinking Prosecco with Griffin poetry prize winners in someone's backyard or reading at the Art Bar where Gord Downie might show up and invite me to a party.

But the boonies is where I've always lived, a place where, offline, a good cappuccino is at least one gravel road and several hours away, and Saturday's Globe and Mail might not arrive until Monday. With 70% of Canadians living in urban areas, when I look out my window and see more land than houses, I know I'm in the minority. The imagery around me mostly passes for natural, so it can't help but give my writing a rural flair. Driving where I do, road kill is certain to pop up as a subject far more often than it would, say, in the work of a city poet. And if a city poet comes for a reading, it's entirely possible that a fierce blizzard will prevent me from reaching the airport to pick them up, which might then inspire a poem about blizzards and road kill.

Last winter, Liz Bachinsky came to read and I didn't make it to the airport. In less than an hour the temperature dropped 20 degrees causing the wind to pick up so ferociously that the suddenly falling snow drifted my road until it disappeared. That Liz's plane landed in the midst of that storm seems less miraculous than just plain stupid.

So there's the northern weather, the northern roads, the northern imagery. At the same time, there's the reading series I've held in the Peace for the past 10 years where many of Canada's best poets have come to read. And the after-reading events, at places like the Rolla Pub (where Ken Babstock was shot at with a BB gun and Lorna Crozier learned to tie her logging boots) have, in my opinion at least, given our venues the kind of literary fame that would turn Toronto's Drake green with envy.

My reading series has, in fact, reached such a level of chic that a recent reader, upon arriving in Dawson Creek, undaunted by the number of pickup trucks with moose antlers in the back, asked the first person he saw where the nearest vegetarian restaurant might be. That may have taken things a bit far, but it does suggest that just because you live in the boonies, doesn't mean you can't acquire at least the essence of literary hip.

Here artists working in various disciplines band together because there aren't enough writers or visual artists to make up their own separate clans. Having such a diversity of artists chat and drink wine together has resulted in some groundbreaking events. A prime example is the launch of my new book inside a granary at the Sweetwater Festival in Rolla. My reading from Erratic was conducted next to a two-headed calf, an art installation by Karl Mattson entitled Industrial Evolution.

In the end, I'm grateful for email and bookninja.com, but as a writer, I'm interested in who we are as human beings, how we view the world where we are. I don't think those concerns would be different if I was in a Toronto backyard or standing next to a two-headed calf.

[Donna Kane lives a few miles northwest of Dawson Creek, in Bessborough. She has just completed a reading tour that included Rolla, Regina, Saskatoon, Booner's Ferry (Idaho), Antigonish, Halifax and Vancouver. Now she's back in the boonies-where she belongs. You can visit her world at www.donnakane.com]
Donna Kane