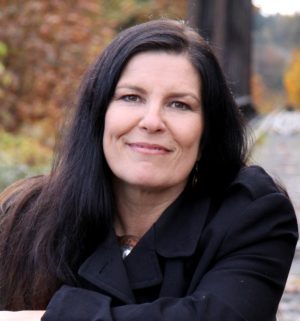 Karen Lee White is a Northern Salish, Tuscarora, Chippewa, and Scots writer from Vancouver Island. She was adopted into the Daklaweidi clan of the Interior Tlingit/Tagish people. In 2017m White was awarded an Indigenous Art Award for Writing by the Hnatyshyn Foundation Her writing has appeared in Exile's That Damned Beaver: Canadian Humour; Laughs and Gaffes anthology, EXILE/ELQ magazine, the collection of Indigenous Writers Impact, Colonialism in Canada, and other literary journals. She has been commissioned as a playwright by theatres in Vancouver and Victoria, and was commissioned by the Banff Centre to produce a story for the Banff Centre Fables of the 21st Century special edition, released in 2018.
Written as a love letter to the Tlingit/Tagish people in the Yukon Territory with whom she trapped, hunted and fished in the 1970s, her fictional work, The Silence (Exile 2018), includes a CD of original music performed by the author. She says it was inspired by the rugged, unspoiled beauty of the Yukon Territory and "the deep peace found in wild places."