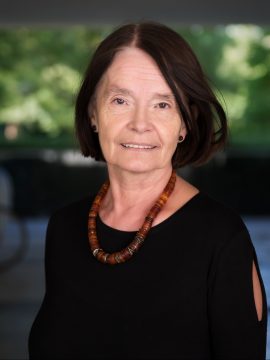 
Every spring, for five years from 2014 to 2019, under-graduate students from UBC have travelled to Poland for a month of lectures and study tours on subjects pertaining to pre-war Jewish life and the Holocaust in Poland. Students spend two weeks at the Auschwitz-Birkenau State Museum, where they work and study with the Museum's historians, collections specialists, and members of its publishing house and education centre. They spend another two weeks studying in Warsaw, Krakow and Bialystok.

Auschwitz was the laboratory for the experiments undertaken on twins by Dr. Josef Mengele, accused of sending 400,000 Jews to their death from 1943 to 1945. In 1985, for three days, witnesses supplied testimonies at a Yad Vashem Holocaust memorial event to record his atrocities. These included keeping hundreds of human eyes pinned to his lab wall ''like a collection of butterflies'' and tearing an infant from a mother’s uterus and throwing it into a oven, disappointed it wasn’t a twin. Mengele had impregnated the girl with the sperm of another twin, pampered her during her pregnancy and attended the birth himself, only to be enraged by the result. Vera Kriegel, 60, described watching the Auschwitz guards crush the skulls of babies with rifle butts. 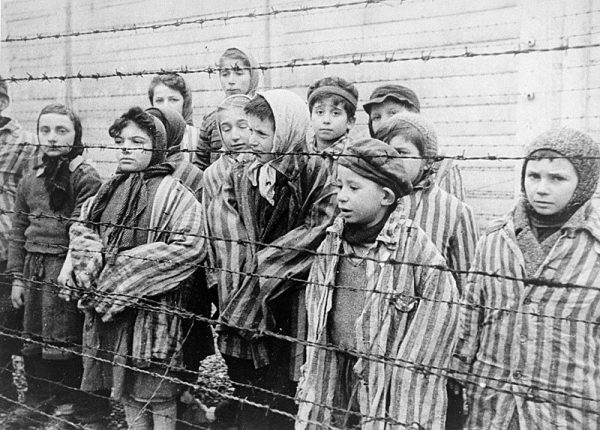 Kept alive for cruel medical experiments by physician Josef Mengele, twins Eva and Miriam Mozes, on the far right, both wearing knitted hats, were liberated from Auschwitz-Birkenau on January 27, 1945. Photo possibly by Alexander Voronzow among those who worked under the direction of Mikhael Oschurkow, head of the photography unit for Soviet army liberators. Eighteen minutes of a film they made was introduced as evidence at the International Military Tribunal in Nuremberg. Another segment of the film disappeared for forty years before resurfacing in Moscow in 1986. Image source: USHMM/Belarusian State Archive of Documentary Film and photography. Public domain[/caption]

By the end of the tour program, they write essays rooted in scholarship pertaining to the Holocaust and Poland. These students are guided by UBC professor Bozena Karwowska, Chair of UBC's Modern European Studies department, who has also edited their collaborative anthology of selected articles and essays, The More I Know, The Less I Understand. Young Researchers Essays on Witnessing Auschwitz (Auschwitz Birkenau State Museum Publishing House, Oswiecim 2017). This program called Conflicting Stories and Memories is conducted in association with the Auschwitz-Birkenau State Museum and the Emanuel Ringelblum Jewish Historical Institute. This program is offered by UBC's Department of Central, Eastern and Northern European Studies (CENES) in partnership with the Vancouver Holocaust Educational Center, Auschwitz-Birkenau State Museum, University of Warsaw, Jewish Historical Institute and the Polish Consulate in Vancouver.

Bozena Karwowska (MA, Warsaw, 1977; MA, Ph.D, UBC, 1989, 1995) is also the author of a study of Polish literature of the Holocaust, with a particular focus on the first hand testimonies written immediately after the war, Gender, Sexuality, Concentration Camps (Krakow University, 2009). This is a brave work that investigates matters of gender, body, sex and sexuality. According to one review, Karwowska places an emphasis on feminist discourses, "especially those approaches that recognize the ways in which even non-gender related persecutions have an effect on genders and their cultural formations" and she "tests the relevance of various feminist and post-colonial approaches for studies concerned with the concentration camps, limitations of humanity, morality and ethics." She has received the UBC Killam Prize of Excellence in Teaching (1999) and the UBC AMS Just Desserts Award (2000). Her 2013 book, Second Sex in Exile. Migration in Narratives by Polish Postwar Female Writers, was nominated for Jan Kochanowski Prize for the best book on Polish literature and culture.

BELOW: B.C. students visiting Auschwitz; cover image for The More I Know 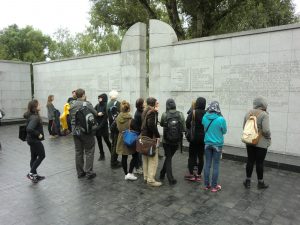 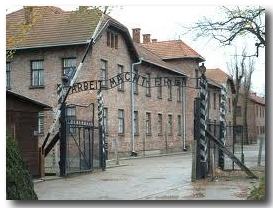