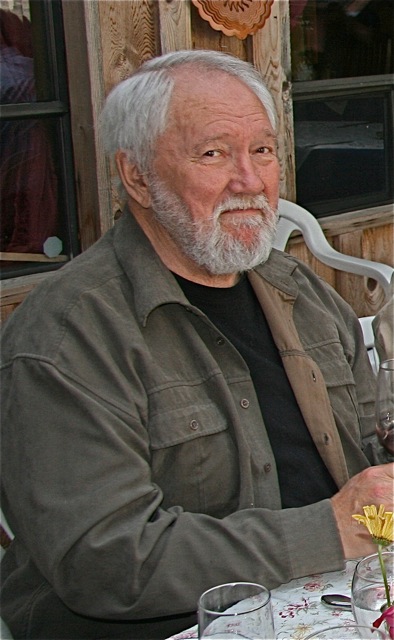 
Grant Hugh Kennedy, the man who developed his Lone Pine Publishing imprint into one of the most commercially successful publishing companies in Western Canada (later co-managed and fully managed by his son, Shane Kennedy), died on October 14, 2014, at St. Mary's Hospital in Sechelt, British Columbia.

In 1980, Grant Kennedy created Lone Pine Publishing in Edmonton, focusing on nature and recreation guides, and he later became a prominent figure in Canadian publishing.

In the late nineties, with his health failing, he and his wife Kathie retired to the Sunshine Coast. The press went through a period of considering moving its headquarters to B.C. and briefly had membership in the Association of Book Publishers of B.C.

"Grant was a true visionary who was able to see the need to publish books that were immediately relevant to people because they were about the world outside their own door," says Nik Burton, long-time director of the Book Publishers Association of Alberta.

Grant Kennedy was born in Hoey, Saskatchewan on March 27, 1935 and grew up in Dawson Creek. He loved to tell stories about formative years as the Alaska Highway was being built. His first career in media was in radio and later television in Lethbridge and Regina, where he was News Manager at CKCK, followed by several years in Montreal at the National Film Board.

Since Grant Kennedy published Lone Pine's first title, The Albertans, the company has published more than 800 titles marketed in all Canadian provinces except Quebec; as well to the U.S. Pacific Northwest, California, the Great Lakes states, Georgia and Texas. Along the way Lone Pine Publishing has also established sales and warehouse operations in Auburn, Washington and Lansing, Michigan. As the press specializes in natural history, the content of Lone Pine titles is sometimes recycled with new titles to suit different markets. Recently the press has expanded into gardening and folklore titles for all the areas it serves.

"He was a man who made a positive mark on the world" says Cathie Crooks, of University of Alberta Press. "He will be missed."

Grant Kennedy had a rich gift for personal friendships. A gathering in memory of his life was held in the Garden Pavilion of the Botanical Gardens in Sechelt on Friday October 24. Grant Kennedy's memory is cherished by his wife Kathie (Sheard), his sons Randy, Shane and Aaron, his daughters Nicole and Robin and their families, including nine wonderful grandchildren, as well as his sister Jean and brother Don.