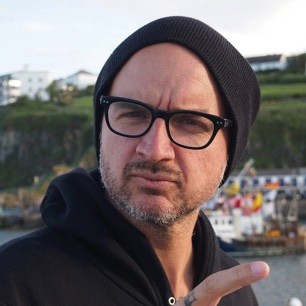 
Jake Kennedy's chapbook of poetry Merz Structure No.2 Burnt by Children at Play (BookThug, 2015) is a collection of experimental poems that meditate on grief and loss. It was inspired by Kennedy's memory of accidentally burning down an abandoned house when he was a young boy. Years later studying modern art, he learned about the early 20th century German artist, Kurt Schwitters and how his renowned interior house sculpture titled "Merzbau" was destroyed in 1951 when children playing with matches accidently set fire to the structure.

Kennedy is the author of three other poetry collections: The Lateral (2010), which won the Robert Kroetsch Award for Innovative Poetry, and Apollinaire's Speech to the War Medic (2011). His chapbook, Hazard (BookThug, 2006) won the bp Nichol Chapbook Award.

Kennedy lives in Kelowna and is a professor of English and Creative Writing at Okanagan College, specializing in modernism and the avant-garde. His poems, prose pieces, and visuals/videos have appeared in over twenty Canadian, American and British journals.

Apollinaire's Speech to the War Medic (2011)