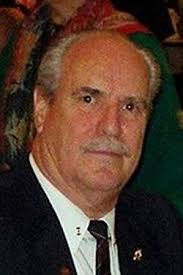 
Having only started writing "documentary fiction" and "adventure fiction" in 2015, within two years Kenneth Chamberlin published seven full length novels. His fictional Mega Thrust is a look into what could happen in B.C. if and when the Cascadia Fault Zone unlocks, producing a mega earthquake. Justice Best Served portrays a vigilante sniper correcting social ills when the justice system fails First Nations in Hazelton, B.C.


Chamberlin began writing after he retired from his engineering and construction businesses. Earlier, he served in the navy during the Cuban Missile Crisis and suffered hearing loss. Hisinterests throughout the years include flying airplanes, target shooting, hunting, sailing and designing gold processing plants. He lives in Vancouver. His most recent self-published titles include Cryonic Cyborgs and The Galactic Ambassador.