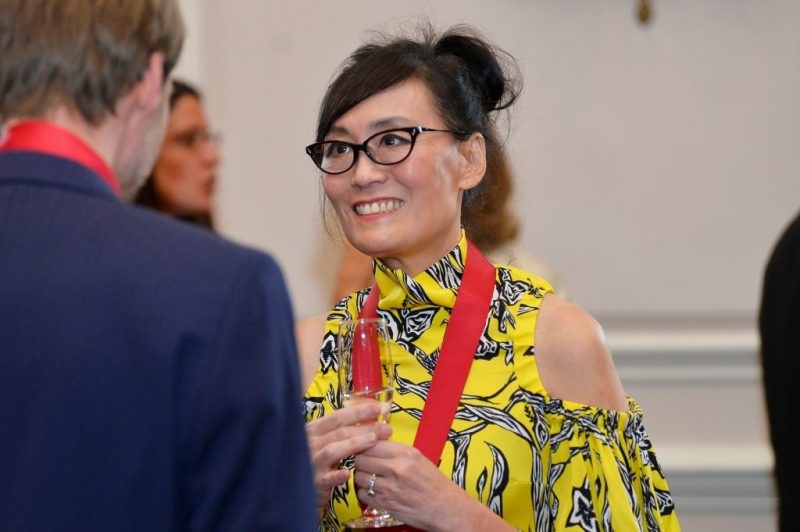 
This Toronto-based author has specialized in fiction pertaining to the Japanese internment during World War II.  Also a screenwriter, Sakamoto co-wrote (with director Rea Tajiri) the screenplay to the 1997 film, Strawberry Fields.

Partially set in British Columbia, Kerri Sakamoto's Floating City (PRH $21) concerns the fortunes and misfortunes of Frankie Hanesaka, who, as enterprising teen in Port Alberni, hopes to build floating gardens to attract tourists. Interned with his family at Tashme after the bombing of Pearl Harbor, he has a sexual encounter with a fellow internee, Reiko/Rose, that results in a child out of wedlock. After the war he goes to Toronto where he works as a gardener for a Jewish financier, Uri Slonemsky, and creates a floating garden of iris, that draws Uri's reclusive wife out of her shell. Appreciative, his boss introduces him to Buckminster Fuller. The novel has parallels with the real-life relationship between the visionary architect Fuller and his former student collaborator, Shoji Sadeo. The pair co-designed a biosphere at Expo 67 in Montreal, as well as Tetrahedron City for Japanese tycoon Matsutaro Shoriki. The novel was a finalist for the Toronto Book Award and earned Sakamoto her second Canada-Japan Literary Award.

The Japanese internment camp at Tashme, between Hope and Princeton, under construction