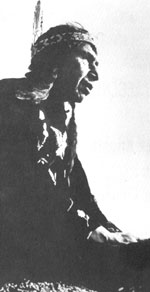 The name of Kitsilano as a neighbourhood was appropriated by the Canadian Pacific Railway after consultations with local postmaster Jonathan Miller who, in turn, consulted ethnographer Charles Hill-Tout. By the 1890s, the village of Snauq was surrounded by land owned by Donald Smith and Richard Angus of the CPR, and land developers David Oppenheimer, C.D. Rand and R.G. Tatlow. The B.C. government pushed through an arrangement to buy 72 acres known as the Kitsilano Reserve No. 6, without federal authority, in March of 1913, for $218,750, whereupon Khahtsahlano and his people were moved to North Vancouver's Capilano Reserve. There were higher offers for the land at the time. The federal government soon protested the deal for the Vanier Park area. Conservative MP H.H. Stevens convinced Ottawa to buy out the province's acquisition. After the Squamish people launched a retroactive legal appeal in 1976, the federal government proposed a $92.5 million trust as compensation in 2000, but it was not accepted.

Articles: 1 Article for this author
“A Wise Man, A Courteous Gentleman”
memo from Major J.S. Matthews


Memo from Major J.S. Matthews to ethnologist Oliver Wells regarding the life of August Jack Khahtsahlano:

Son of Khaytulk, or "Supple Jack" of Chaythoos, and grandson of Chief Khahtsahlanogh (no European name) in whose honour the suburb Kitsilano, Vancouver is named. On 12th February, 1879, he was baptized by Rev. Fathyer N. Gregane, as "Auguste fils de Shinaotset and de Menatloot, Squamishs, baptise l'age d'environ 12 mois le 12, Février, 1879." August stated 16th July, 1946: "Auguste!! that's me. When I little boy they call me 'Menatlot' (pronounced men-at-el-ot). But priest make mistake. My father Khay-tulk, he die day I was born. Qwy-what, my mother, marry Chinoatset (usually spelled Chinalset, i.e., 'Jericho Charlie', a very good man), whose first wife was Menatelot." The original baptismal certificate is in City Archives, deposited by August. August was born at the vanished Indian village of Shaug (False Creek Indian Reserve) in a lodge directly below the present Burrard Bridge. At this Squamish village, in a big long lodge of Toe-wyo-quam-kee and by Squamish rite, in the presence of a large assemblage of his tribe and visiting Indians from Musqueam, Nanaimo, Sechelt and Ustlawn (North Vancouver) the patronymic of his grandfather 'Khaht-sah-lah-nogh' was conferred upon him with ceremony by a Squamish patriarch, and that of Kaytulk, their father, upon his brother, Willie. They were both young men, and August, having acquired wealth by working in a nearby sawmill, returned the compliment by giving a potlatch, at which he distributed to the assembled guests, men, women, and children, over one hundred blankets, and other valuables, and also provided a feast. It took place about 1900. See Early Vancouver, Vol. 4, page 10, Matthews. On 29 August 1938, by deed poll, deposited at Division of Vital Statistics, Victoria, and also City Archives, Vancouver, Mr. Khahtsahlano renounced the surname Jack, by which he had been known, and assumed the name August Jack Khahtsahlano... August is a wise man, a courteous gentleman, and a natural historian." -- CITY ARCHIVES/JSM.