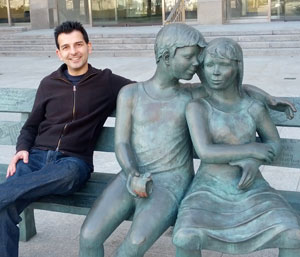 
As an assistant professor in the Department of History at York University, Sean Kheraj marked Stanley Park's 125th anniversary with an examination of its natural history for Inventing Stanley Park: An Environmental History (UBC Press 2013). It was nominated for the City of Vancouver Book Award. Stanley Park, one of the world's most famous urban parks, was devastated by a windstorm on December 15, 2006, forcing visitors to recognize nature as a ferocious force. 9780774824248

Review of the author's work by BC Studies:
Inventing Stanley Park: An Environmental History