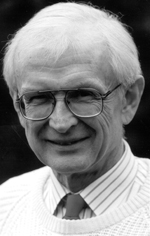 The first non-fiction book about B.C.'s black pioneers, Crawford Kilian's Go Do Some Great Thing (1978), concentrates on the 19th-century migration of blacks from California, as encouraged by Governor James Douglas, and particularly the leadership of Mifflin Gibbs who was once told by an associate of Frederick Douglass to "go do some great thing." Proceeds from the sale of a third edition of this book, with added epilogue by Kilian, were donated to the Hogan's Alley Society.

Victoria city councillor Mifflin Wistar Gibbs was the first civic leader of black people in B.C. and the first widely-read black writer. He arrived in 1858, shortly after black pioneers arrived on the Commodore from California. Gibbs wrote many articles and speeches during his ten years in Canada. Had he remained on Vancouver Island and promises made to black pioneers been kept, Kilian has speculated, "Mifflin Gibbs might have become premier of British Columbia, or a businessman on the scale of a Dunsmuir."

Kilian's Go Do Some Great Thing inspired the likes of black filmmaker Anthony Brown to make a documentary, Go Do Some Great Thing, and historian and poet Wayde Compton to generate his landmark anthology, Bluesprint: Black British Columbian Literature & Orature (2002). Compton also spearheaded Commodore Books, an imprint for black authors of B.C. that was named after the aforementioned ship.

Born in New York in 1941 and raised in Los Angeles and Mexico, Crawford Kilian, a white historian, worked at the Lawrence Radiation Laboratory in Berkeley prior to immigrating to Vancouver in 1967. He has taught English at Capilano College and written 19 other books, mostly speculative fiction novels.

Kilian has cited his debt to an unpublished UBC MA thesis by James W. Pilton, "Negro Settlement in B.C., 1858-1871," that was prepared in 1951. Commodore Books released a revised version of Kilian's history in 2008, 30 years after it first appeared, at which time he received an award of appreciation from Vancouver's black community.

Born in New York in 1941 and raised in Los Angeles and Mexico, Crawford Kilian worked at the Lawrence Radiation Laboratory in Berkeley prior to immigrating to Vancouver in 1967.

In 1978, he published a non-fiction book about B.C.'s black pioneers, Go Do Some Great Thing, the first major book-length study of blacks in B.C., concentrating on the 19th century migration of blacks from California, as encouraged by Governor James Douglas, and particularly the leadership of Mifflin Gibbs who was once told by an associate of Frederick Douglass to "go do some great thing." The black community in Vancouver's Lower Mainland was so appreciative of this fair-minded history, they invented a special literary award to honour Kilian's contribution to their historical awareness. This book has inspired the likes of Wayde Compton to create Commodore Books, an imprint for black authors of B.C. that was named after the first ship to bring blacks from California, and black filmmaker Anthony Brown to make a documentary, Go Do Some Great Thing, in 2005. As well, black novelist Lawrence Hill drew on the title for his 1992 novel Some Great Thing. Commodore Books released a revised version of Kilian's Go Do Some Great Thing in 2008, thirty years after it first appeared. Kilian has cited his debt to an unpublished UBC MA thesis by James W. Pilton, "Negro Settlement in B.C., 1858-1871," prepared in 1951.

In 1979, Kilian published the first novel in his Chronoplane Wars trilogy, Empire of Time, later followed by The Fall of the Republic and Rogue Emperor (in which the 21st century battles the 1st century in ancient Rome).

Some of his other books include Gryphon; Greenmagic (del Rey, 1992); his two natural disaster novels, Tsunami and Icequake; the futuristic Brother Jonathan; and an excellent West Coast, and a pre-historical West Coast fantasy tale, Eyas.

Unafraid to throw cold water where and when it is needed, Crawford Kilian, who is an avid blogger, frequently cites his own multi-faceted work in various genres for Writing Science Fiction & Fantasy (Self-Counsel 1998, 2007), a wide-ranging work that strongly encourages would-be SF writers to--ironically--approach their work more realistically.

Review of the author's work by BC Studies:
Go Do Some Great Thing: The Black Pioneers of British Columbia
School Wars - The Assault on B.C. Education


WHILE TEACHING AT CAPILANO College, Crawford Kilian found plenty of time in which to complete his paperback trilogy, The Chronoplane Wars.

He had centuries. Rogue Emperor (Del Rey $5) follows The Empire of Time and The Fall of the Republic as another time travel novel based on the premise that the human race has been alerted to its forthcoming destruction in the near future. Given these dire circumstances, naturally much of the Earth's population wants to migrate into the past. Kilian's newest book is a half fantasy, half historical novel in which scientist hero Jerry Pierce battles militaristic Christian zealots who have time-travelled back to Rome circa 100 A.D. With modern weaponry, the zealots kill the Roman emperor and seek to convert the locals with fire n' brimstone technology, while destroying Pierce's time travel "gate" back to the present.

Kilian's extensive research into Roman times surfaces on almost every page. "Writing the book I found that empires may come and go," he says, "but elements of long-dead cultures survive. For instance, the church finally banned gladiatorial combat in the 5th century. But the basic idea remained with animal baiting and bullfighting. And of course nowadays we have boxing and hockey." "Similarly the modern Mexican apartment building is four sides around a central patio. That was exactly the design of the old Roman apartment building."


Unafraid to throw cold water where it is needed, Crawford Kilian frequently cites his own multi-faceted work in various genres for Writing Science Fiction & Fantasy (Self-Counsel $21.95), a wide-ranging work that encourages would-be SF writers to-ironically-approach their work more realistically. Much of his advice is helpful for novices in any genre.

For instance, Kilian suggests the most common anxiety for would-be authors is that their daring ideas might be stolen by the publishing house to which they are submitting their precious manuscript. "The sad truth is,"; he writes, "that your idea probably isn't worth stealing. In fact, the editor may wearily see it as the umpteenth variation on some ancient plot.";

Exploit your daydreams, but also learn how to write a succinct query letter. Reproduced from 1988, a sample query letter that Kilian wrote to a SF publisher advertises his critical acumen as well as his originality:

"The message in fantasy is always a pretty conservative one: We have come to a pretty pass, and drastic action is needed to put matters back as they once were in some ideal past. The ideal past is usually some form of feudalism; its modern forms don't look very pretty in Latin America, and it probably wasn't all that satisfying in medieval Europe.

"The medieval European feudalists, however, had terrific media relations (apart from guys like Cervantes)-so good that people still get a bang out of knight-errantry, dragonslaying and sorcery.";

With more than science fiction and fantasy novels to his name, Kilian offers historical references for the various SF genres-such as lost colonies, alien contact, utopias & dystopias, parallel worlds and time travel-indicating that he is as well-read as he is well-written. "If all American literature springs from Mark Twain's The Adventures of Huckleberry Finn,"; he advises, "then all military science fiction springs from Robert Heinlein's Starship Troopers, first published in 1959.";

Having developed a One-Hour-A-Day Novel Writing Workshop, Kilian includes a CD-ROM with writing exercises and ten steps for pre-editing. He believes most people simply waste too much time watching the tube. "I got the idea for Eyas when I was walking the dog one night in the neighborhood. After that, when I walked the dog, I'd think about how the story would develop, who the characters would be. I considered the problems that I would encounter in writing it. And so it went.";

Cogent chapters on The Mechanics of Manuscript Production, Selling your Story, Researching Publishers and Agents and The Publishing Contract culminate with a rare diversion into cheerleading.

"George Orwell once observed that, from the inside, every life feels like a failure,"; he writes. "Spoken like a true writer! If you publish your story in a webzine, you feel like a failure because you didn't get paid and hardly anyone read your work.

"If you publish with a big New York house and your book sells 100,000 copies, you feel like a failure because you didn't get a big enough advance and hardly anyone read it-compared to Stephen King or Diana Gabaldon.

"But that sense of failure, I suggest, is a deception. To conceive, write, revise, and publish any story are real achievements. When you achieve any of these things, you have achieved something special."; 978-1-55180-785-0