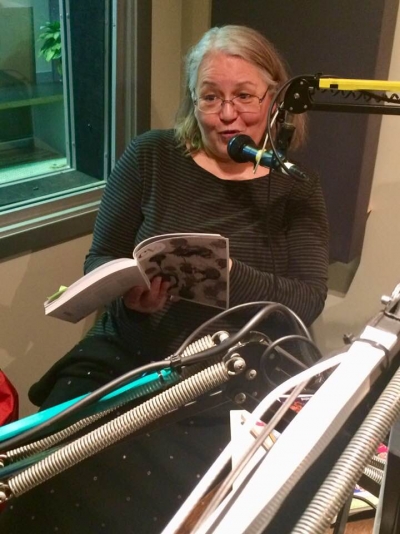 
Prairie-born (1955) Métis/Icelandic Jónína Kirton has been much concerned with equity and inclusion. She coordinated the first National Indigenous Writers Conference in Vancouver in 2013. She is a graduate of Simon Fraser's Writers Studio (2007) and a recipient of the Emerging Aboriginal Writer's Residency at the Banff Centre (2008). In 2016 she accepted the 2016 Mayor's Arts Award for Emerging Artist in the Literary Arts category, as selected by Betsy Warland, former director of the SFU's Writers Studio.

Kirton has been active within the Aboriginal Writers Collective on the West Coast. Loosely autobiographical, Kirton's first book of poetry, "page as bone - ink as blood" (Talonbooks, 2015) is a memoir in verse that bridges Kirton's European and First Nation cultures. She uses poignant images and stories of the senses to explore family secrets, black holes of trauma, and retrieved memories. "What our minds have forgotten or locked away," she has written, "the body never forgets."

At the Native Education Centre. Photo by Tim Matheson